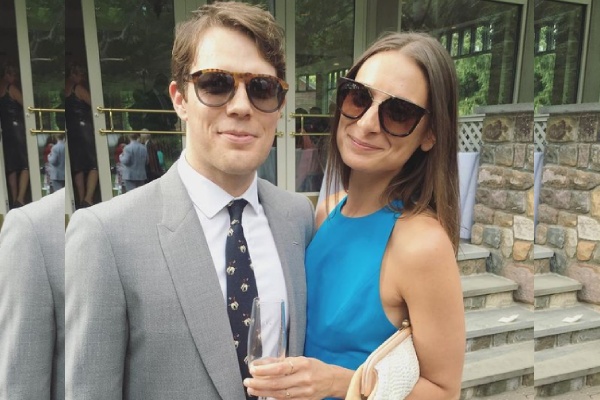 Lauren Deleo is the wife of actor Jake Lacy. The couple has already welcomed their first child into this world. Image source: Instagram/laurengabriella.

Jake Lacy is quite a popular name in the American entertainment industry. The actor is admired, by many, for the portrayal of Pete “Plop” Miller on the season finale of The Office, an American mockumentary sitcom. He is also known for his works on the ABC sitcom Better with You and films such as Obvious Child (2014) and Carol (2015).

Jake Lacy’s fans know that he likes to keep his private life under the radar. As Jake remains pretty secretive about his life, not much is known about his wife and family. Though not much, we have a few things to know about Jake Lacy’s wife, since 2015, Lauren Deleo, with whom he has a daughter.

Lauren Deleo Got Married To Jake Lacy In 2015

Actor Jake Lacy and his wife Lauren Deleo exchanged their marital vows on August 22, 2015. The secretly organized ceremony took place in Dorset, Vermont, among a few close friends and family. As aforementioned, Jake likes to keep his personal life pretty secretive, so people got this news only after a while. It is said that Lauren was Jake’s highschool sweetheart.

Jake got married to his long-term girlfriend turned wife, Lauren, only after many years of dating. This tells us that they were busy with their careers and yet committed to each other. They were just waiting for the right time to get married until everything was set.

Jake Lacy’s Wife Lauren Is The Love Of His Life

As said earlier, the couple has been together for a long period of time, and the love between them is only getting deeper and deeper. As of 2020, the couple has been married for more than five years and has never shown any signs of dispute. Unlike many other celebrity couples, getting divorced and getting engaged in extramarital affairs, Jake Lacy and Lauren Deleo have eternal love for each other.

Although actor Jake Lacy likes to keep his profile low, his wife has a public Instagram account where she shares some part of their lives. The couple can be spotted spending tons of quality time together. Thanks to Lauren for keeping the account open so that Jake’s fans can at least get some glimpse of his personal life.

As the couple has been married for five years, some of you might have questions regarding their child. Continue reading to find more.

ALSO READ: Who Is The Life-Partner Of Jolie Jones Levine? Do They Have Any Children Together?

Jake Lacy And His Wife Lauren Deleo Are Parents

Yes, Jake Lacy’s wife is their child’s mother and the acclaimed actor shares a baby with his beau. The couple got to taste their first experience of parenthood in 2018. But the name of their daughter hasn’t been revealed yet, neither can we find any photo of her on the internet. Maybe, the actor and his wife do not want much unnecessary media attention towards their daughter.

However, the industry that he works in won’t allow him to keep his daughter’s name a secret for a long time. Until then, let’s just wait for the media to find out her name any time.

Jake Lacy has come a long way to mark his presence in the industry, and his wife has always been by his side. Not only as a support system but also as the fuel of his life. We wish this wonderful couple a happy life and life-long togetherness.