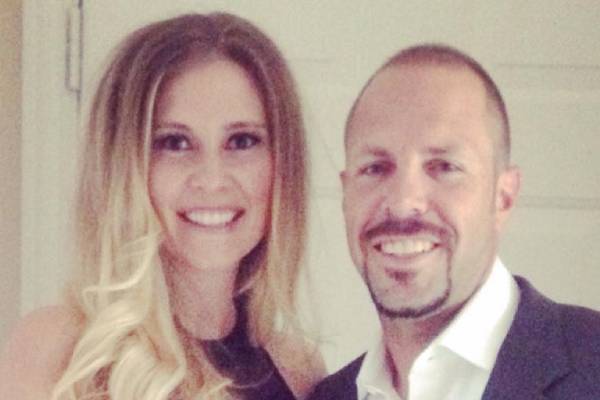 Callie Langton was shoved into the limelight after her marriage with Jayce Tingler. Image Source: Callie Tingler Facebook.

Jayce Michael Tingler is a professional baseball coach and manager. At present, he serves as the Major League Baseball’s Minnesota Twins‘ bench coach. Previously, Jayce Tingler worked as a manager of the MLB’s San Diego Padres for two seasons.

While there is tons of material regarding Tingler’s professional life on the internet, his personal life is rarely discussed. Given Tingler’s aversion to discussing his family in public, it’s no wonder that no information about his wife and children can be found on the web.

It is clear that his personal life is something he wishes to keep private. Yet this has not stopped people from being curious about his personal affairs. So, to make things easier, let us learn about Jayce Tingler’s wife, Callie Langton, in this article. Furthermore, let us find out how many children the couple has welcomed together.

As the Twins’ bench coach has been in the spotlight for decades, his love life is a topic that piques the interest of his admirers. However, as mentioned above, Jayce Tingler has never talked about his life publicly. Still, it is impossible to keep every detail to yourself as a celebrity, so his marriage with Callie Langton is no secret.

The pair first met in Smithville High School and began dating soon after. Even though the couple has been together since high school, they did not tie the knot until much later. And after several years of their relationship, Jayce and Callie exchanged wedding vows on September 26, 2008.

The high school couple has now been married for over a decade and is living a blissful life together. However, unlike other celebrities, Jayce Tingler’s spouse is not the one to gush about his sweetheart on social media.

Still, the love-smitten couple must be living a comfortable life even though they do not flaunt their lifestyle on the internet. So, let us hope that their relationship continues to prosper in the coming years.

Studied At The University of Missouri

Callie Tingler enrolled at the University of Missouri with her high school sweetheart after graduating from high school. In 2007, the celebrity wife graduated with a degree in Diagnostic Medical Ultrasound, while her partner received a communication degree.

However, as Tingler’s spouse has not revealed much about her life, what she did after getting her degree is unknown. Consequently, if Callie ever did work as a sonographer remains a mystery.

Nonetheless, if she ever does decide to pursue a medical career, we wish her the best and hope she succeeds in her chosen field.

Jayce Tingler’s Wife Is A Mother Of Two

Jayce and Callie’s marriage has lasted for over a decade. And over the years, the pair have welcomed two handsome baby boys into the world. Tingler’s first child Gabe Tingler was born on December 30, 2011, whereas Gio Tingler was born on September 26, 2013.

Jayce and his partner are determined to raise their kids away from the limelight. So, while Callie’s spouse is a world-renowned celebrity, it might be some time before we get to see her sons in the public eye.

However, Jayce Tingler’s wife has shared numerous photographs of her children. And looking at the pictures, her sons seem to have developed an interest in baseball. So, there is a possibility that her boys will grow up to pursue a career in the sport.

Well, regardless of whether kids do or do not pursue a career in athletics, we hope they succeed in their chosen path.