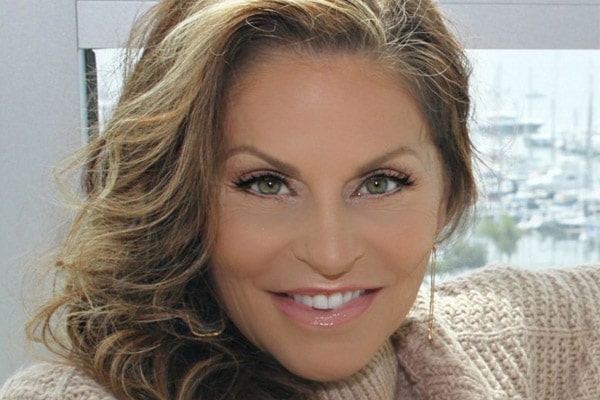 The eldest offspring of Jerry Bush married Christy Curtis in 1991 on a private ceremony attended by their close friends and family members. The former husband-wife duo has kept other details of their marriage secret.

Everything went well between Johnny and his then-spouse, Christy, for some years. However, with increasing years together, various marital issues began creating cracks in their relationship. Eventually, the former couple went separate ways and consequently ended their marriage with a divorce in 2015.

Various reasons played a crucial role in the separation of Buss and Curtis. According to some sources, Johnny’s family was his most prized possession. But due to long work hours, he could not spend time with his then-wife, Curtis, which deteriorated their marriage.

According to TMZ Sports, Johnny Buss filed for divorce from Christy Curtis on 11 June 2013. However, the surprising thing is that as mentioned in the court documents, Buss and Curtis separated back in 2000. It meant the two were living separately for thirteen years at the time Buss filed for divorce.

Johnny blames the break up of him and his ex-wife, Christy, on irreconcilable differences. It’s unclear why he delayed cutting the cord of their relationship. Nevertheless, the divorce proceedings of Johnny and Christy took two years to get finalized in 2015.

Christy Curtis, Johnny Buss’s ex-wife, performed all the dance forms such as Tap, lyrical, line-dancing, and the wedding waltz to date. Curtis began dancing since she was three years old. Influenced by her mom tapping and twirling at a young age, Curtis started dancing alongside her.

When Johnny Buss’s ex-wife, Christy Curtis, danced as a child, she used to spend four or more days a week in the studio, practicing dance exclusively. She committed herself to dance completely and never stopped learning new ways to express herself through dance.

Christy Curtis’ dedication and commitment towards dance made her a professional dancer. Born in Saint Louis, Missouri, Curtis moved to Los Angeles, CA, after winning the All American Girl, the ABC TV Special, in 1979. She became the dance captain of the Los Angeles Rams Cheerleader. Ultimately, Christy got her foot in the American Entertainment Industry and was cast for several commercials and TV Series. Currently, she choreographs for celebrities, special charity events, and many more.

Curtis Is A Well-Known Choreographer

Aforementioned, Johnny Buss’s ex-wife, Christy Curtis, has a great passion and talent for dancing. Her dance skills and commitment to the dance industry led her to the American Entertainment Industry. Acting on soap operas guided her to choreograph for shows such as NBC’s Days of Our Lives and Passions. Curtis also choreographed for the LA Sparks and the LA Clippers.

The devoted choreographer and former actress, Christy Curtis, owns ‘The Studio Art of Dance,’ where about 400 students aged 3 to 18 attend dance class. Moreover, she is a choreographer to the stars and Los Angeles Lakers’ family members.

Furthermore, Christy Curtis has a YouTube channel on her name, Christy Curtis Buss. In her YouTube Channel, she provides viewers with information on becoming a dancer, and model in Hollywood, to save money, and other life tips. Besides, her channel subscribers can watch exclusive interviews with celebrity guests and inspirational videos too.

Johnny Buss’s ex-wife, Curtis, is enjoying her life as a choreographer and business owner. Going through the Instagram page of Curtis, it seems like lately, she is also working on the promotion of a product named ‘Boom Bod.’ Also, her Instagram bio leads to her self care skincare site. According to the website, Christy is providing customers with some of the most high-quality skincare products on the market today. Through Self-care, she aims to provide her clients with the spa-quality results in their own home.

So, for now, the forever young-looking and dazzling beauty, Curtis is living a blissful life as a choreographer, beauty and wellness expert, and a successful entrepreneur.