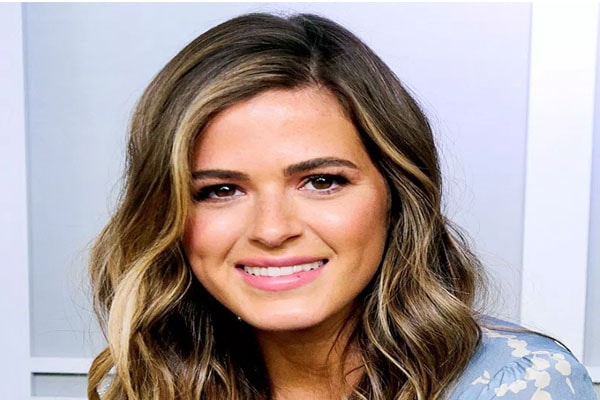 American real-estate agent and television personality JoJo Fletcher’s net worth is estimated at $2 million. She has made most of her money as a television personality by appearing in reality TV shows like The Bachelor and The Bachelorette, also achieving a ton of success in the process as well. In addition, she is also a real-estate developer and the ambassador for home improvement loans.

The 27-year-old JoJo made her television debut in 2016 on an episode of Ready For Love. She then starred in the 20th season of the hit reality show The Bachelor. JoJo further appeared in the 12th season of The Bachelorette, in which she played the lead role. These roles helped her earn plenty of bucks.

JoJo, whose real name is Joelle Hannah Fletcher, is also a real-estate developer in the state of Texas. She is an ambassador for home investment loans while also serving as a home-renovation expert. Add to that her own clothing line Fletch, and it is clear that why JoJo Fletcher’s Net worth is so high.

JoJo Fletcher’s net worth which is estimated to be $2 million is mainly attributed to her work on the field of reality television. She first appeared in the show “The Bachelor” for its 12th season in 2016. She made thousands of dollars as a cast member of the show. Furthermore, she also appeared as the lead member of the show “The Bachelorette” in the same year. Though her exact salary is unknown, stars of “The Bachelorette” generally makes around $100,000 per season.

Other than these two shows, JoJo has appeared in other reality series’ as well. She starred on an episode of Ready for Love back in 2016 along with her brother Ben Patton. In addition, she also served as a judge for a kissing contest on an episode of The Bachelor Winter Games.

JoJo’s beau Jordan is no common man either. Jordon Rodgers’ net worth is estimated to be $1.9 million.

Along with her acting career, JoJo also works as a real-estate developer in her home state of Texas. She serves as an expert in terms of home renovation while also being an ambassador for home improvement loans. These jobs further enhance her net worth.

Furthermore, JoJo is also trying her hand in becoming an entrepreneur after she opened her very own clothing line. She announced in July 2018 that she was launching her own clothing line called “Fletch“. If this turns out to be a success, we can expect her to add millions in her bank account.

Along with the rise of her fame and popularity from the show “The Bachelorette,” the net worth of JoJo Fletcher also had a huge leap. Here is JoJo’s net worth from 2014.