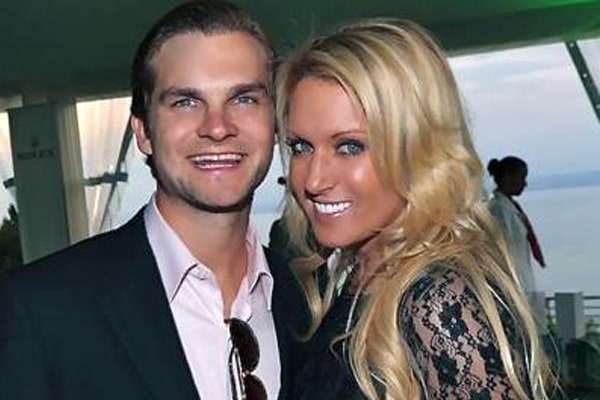 The daughter of John Gulbis, and Barbara Gulbis, Natalie is married to Josh Rodarmel since December 2013. Rodarmel is a former quarterback for Yale University. Here, please keep reading to know more about Natalie Gulbis’s husband, Josh Rodarmel, and their relationship.

The beautiful and talented Natalie Gulbis took the wedding vows with Josh Rodarmel on 23 December 2013. Gulbis had shared a snapshot of her wedding day on her Twitter and Instagram page. Though there is not much known about the marriage ceremony, seeing Gulbis’s picture seems like the pair wed on a beach in California.

The couple was engaged in July of the same year. Although Gulbis and Rodarmel shared their marital status in public, when and how they met is still unknown. Nevertheless, the husband-wife duo is contented with their married life.

It has been almost seven years since Gulbis and Rodarmel officially married. Both of them are very eager to start a family. However, they do not have a child of their own to date.

In an interview with the New York Times in 2016, Natalie disclosed that she had been trying to have a baby. She went through a whole bunch of several ways to try to have children. However, Natalie has not been successful in giving birth to her own child yet.

Some years ago, Natalie had said that if she gets pregnant and has a child, she might decide to retire. On 23 January 2020, Gulbis announced to the public that she would retire right after the 2020 LPGA Tour Season. However, there is no information about her journey toward motherhood. Moreover, if Gulbis and Rodarmel have adopted any kids, it’s entirely away from the media reach.

The handsome spouse of Natalie Gulbis, Josh, graduated with a Bachelor of Arts in Political Science and Spanish from Yale University in 2007. He was a quarterback in the football team of his alma mater. However, he discontinued his career in football and chose a different path after graduating from Yale University.

The secretive better-half of Gulbis, Josh, is currently a successful entrepreneur. He is the CEO and co-founder of 4*400, a company which is providing consumers goods since 2017. Moreover, Rodarmel is also an Operating Partner in Common Thread Collective.

Before getting engaged in Common Thread Collective, Josh Rodarmel was a board member at Bright Pink. He served in that company until April 2016. Similarly, he was also co-owner of Power Balance, LLC, with his brother Troy Rodarmel and even worked as a President of it for some period.

Currently, Natalie is living a happy life with her loving husband, Josh, in their Newport Beach, California Mansion. Although they have not any child yet, they seem to be planning for it. Let’s hope the adorable husband-wife duo, Natalie and Josh, will soon be blessed with a child.

Aforementioned, Natalie Gulbis’ husband, Josh Rodarmel co-owned Power Balance, LLC with his brother Troy Rodarmel. Back in 2011, their company filed for bankruptcy. They agreed to a settlement of $57 million over a class-action lawsuit claiming the company has misled consumers.