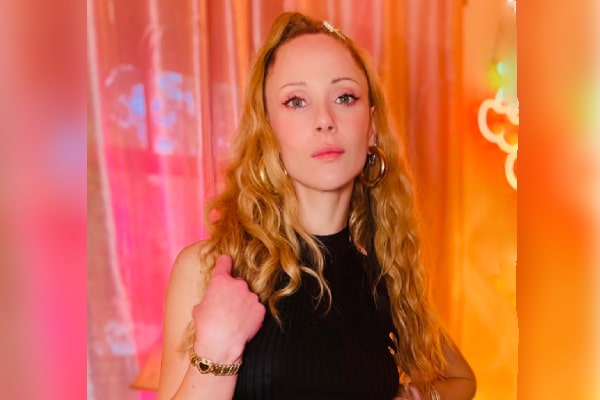 The beautiful actress Juno Temple is known for her roles in several movies and television series like Scandal, Atonement, The Other Boleyn Girl, Black Mass, Ted Lasso, and Vinyl. The London native started her career as a child actress in 1997. She is now one of the most accomplished actresses in the American film industry.

Owing to her fame and reputation, there has been much curiosity about her personal life, especially her love life. The actress has dated many famous men. For instance, the Ted Lasso star was in a loving relationship with Michael Angarano until 2016. After the breakup, has she found new love? Let’s get to know about Juno Temple’s boyfriend, including her past relationships.

The Maleficent actress met her no ex-partner Michael on the set of the American fantasy movie The Brass Teapot in 2012. The pair clicked instantly and started dating. They shared great chemistry from the beginning and were happy and content together. The former pair’s red carpet debut was at the Sundance Film Festival in Utah in January 2013. Aside from that, they attended several other public events together.

As per a source, it was said that Juno was blowing up, and she loved having Michael around. Juno Temple’s ex-boyfriend never hesitated to show his love and support for her. Despite all the love and romance, the smitten couple’s affection came to an end, and they broke up in early 2016. The reason for the ex-lovebirds’ split is still confidential.

Who Is Juno Temple’s Boyfriend, Now?

The beautiful actress moved from her past relationship pretty soon. The actress started dating Joshua Thurston in late 2016. The actress made her relationship Instagram official and used to share many pictures together with Joshua. For instance, while wishing her beau a happy birthday, the Unsane actress shared a photo of her kissing the Shrimp producer. In the caption, she said that he was a huge piece of her heart and loved him so deeply.

Aside from that, the talented actress has also expressed her love to the producer in different instances. On the other hand, Joshua seems to prefer privacy. Although he is present on Instagram, his account is private. Until late 2017, Temple often updated her love life. But nowadays, she is quiet and doesn’t share any posts related to her love life. As per Ranker, the pair ended their bond in 2017.

However, the pair still follows each other on Instagram. So, are Juno Temple and Joshua Thurston still together? Well, the answer is a mystery.

Apart from Michael and Joshua, the skilled actress’ name has been linked with a few other men. Before dating Michael, she was rumored to have hooked up with Emile Hirsch from 2010 to 2011. However, there was no solid evidence to support the rumor. Furthermore, Juno Temple also dated Shiloh Fernandez from 2007 to 2010.

The accomplished actress and her Ted Lasso co-star Phil Dunster attended together at the 2021 fantasy gift event “Celebrate Big Love Even Bigger” campaign launch at Paramount Pictures Studios. Their pair played a couple in the sports comedy drama. The reunion sparked an interest. However, it was only a friendly reunion, and they are not a couple outside of their reel life.

The Primetime Emmy Awards nominee has been pretty secretive when it comes to sharing about her love life. Instead, she appears to be focusing on strengthening her career. But who knows, she might be dating someone secretly. Nonetheless, anyone who is or will be Juno Temple’s boyfriend will be a lucky one. We wish the talented actress happiness and prosperity in the coming days.