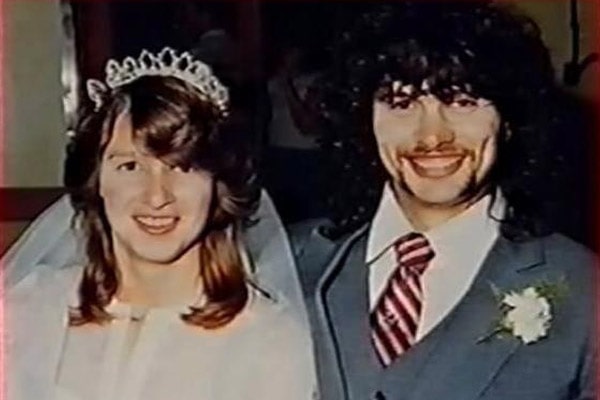 Kevin Smith, born Kevin Tod Smith, was a musician and actor. Smith is famous for his role as the Greek God of war, Ares, in the TV series Hercules: The Legendary Journeys, Xena: Warrior Princess, and Young Hercules. Smith also starred in several other TV shows and films such as Channelling Baby, Lawless, and Love Mussel. Kevin appeared on numerous cassettes of alternative music under the band names The Picnic Boys and Say Yes To Apes as a musician. Smith was also one of the lead singers of the celebrity band ‘The Wide Lapels.’

One of the most celebrated actors of New Zealand, Kevin Smith, died in a Beijing hospital after being critically injured in a fall, leaving behind his wife of over sixteen years. People might be wondering where Kevin Smith’s wife, Suzanne Smith, is. So, today, we will be tailing about Kevin Smith’s partner and her life after her husband’s death.

Married To Kevin Smith Till His Death

Kevin Smith married Suzanne Smith in 1986 after their graduation. The former couple, Kevin and Suzanne, attended the same high school where they met and fell in love. They dated for some years and took some time to understand each other before heading for their wedding in 1986.

There were no rumors concerning the marital issues between Kevin and his now-widowed wife, Suzanne. They were living happily and were contented with their married life. However, God had different plans for them. Unfortunately, during a visit to China for a film shoot, Kevin Smith lost his life after falling from a great height and battling with coma for some days.

According to New Zealand Herald, Kevin’s accident occurred on 6 February 2002. After completing his work on the set in Shijiazhuang, he was all set to return home. Before heading back to the hotel from the film set, Smith went for a short walk around the Central China Television film studio grounds and climbed a prop tower. There, he lost his footing and fell from there, suffering severe head injuries.

The staff rushed Kevin to a local hospital and later was transferred to Beijing. Smith lapsed into a coma and was kept on life support for ten days. And, on the tenth day, Suzanne Smith’s husband Kevin Smith died on 15 February without getting back consciousness. He was buried at his homeland after a private funeral on 28 February.

Suzanne Smith is the mother of three sons with her late husband, Kevin Smith. Kevin and Suzanne welcomed their eldest son, Oscar Smith, in 1991, second son Tyrone Smith in 1993, and youngest, Willard Smith, in 1999.

All the three children of Kevin Smith are grown-up boys now. Currently, all of the Smith siblings have chosen different professions as their career. The oldest Smith, Oscar, has even already chosen his life-partner, Cindy Lewis.

Kevin Smith’s sons with Suzanne Smith have a great bonding. They often post their photos together on their respective social media accounts.

She Helped Her Husband Get Into Acting

There is a popular proverb that behind every successful man, there stands a woman. In the case of late Kevin Smith, his wife, Suzanne Smith, played a significant role in his success as an actor.

In 1987, Kevin Smith’s wife, Suzanne, saw a casting call advertisement for the touring musical tribute to Elvis Presley, Are You Lonesome Tonight. She signed up for her husband, Kevin, for an audition. Kevin got the role of JoJoe, a bodyguard and a lead understudy. Later, the same year, Mr. Smith got a chance to perform on stage for the next three years in various roles. And since then, Kevin Smith signed in numerous supporting and lead roles in multiple films and TV Shows.

Living A Private Life With Her Sons In Auckland

Kevin Smith’s wife, Suzanne, is currently living a serene life away from the media limelight at her residence in Auckland, New Zealand. Some years after her husband’s death, she moved from their Timaru home to Auckland, along with her three sons.

Kevin Smith’s widow, Suzanne, does not seem to be married to another guy after her beloved spouse’s sudden demise in 2002. Moreover, she has a Facebook account but is not active in it. She rarely shares pictures of herself and her sons on her Facebook.

Nevertheless, Suzanne Smith is living a blissful life with her loving and caring grown-up boys in Auckland. We hope she appears in the spotlight every once in a while so that we can be well-updated about her present life.