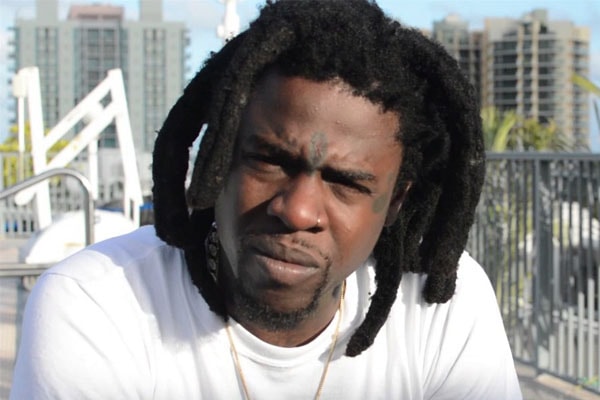 The LHHMIA star Khaotic‘s net worth is estimated to be $1.5 million. Born as Rubin Caltron McFadden in Miami, Florida, rapper Khaotic had a strong passion for music since his childhood. He is still on the way to pursue his ultimate goal in the music industry.

Rapper Khaotic was first introduced to the world of Hip-Hop by his brother Pitch Black who inspired him to write songs and showcase his creativity in the music.

Rapper Khaotic’s net worth is estimated to be $1.5 million. He has joined the reality tv show Love and Hip Hop Miami season 2 as a supporting cast which is one of his main source of income. Apart from his engagement with the show, he is also an aspiring songwriter and writes and produces songs. He has recently released his extended play record titled Boola on December 19, 2018. It consists of a total of 11 songs, and all of them are lit. It is surely going to pay the price of the hard work he has put on his songs.

Some of the hit singles by the talented rapper Khaotic are Dime Piece, Bad Karma, Paper, Hood Lovers. On his journey to establish himself as a notable Hip-Hop artist, he has collaborated with other artists like Piccalo, Black Boy, and Zone 4.

The increment in Rapper Khaotic’s net worth is also being contributed by his Youtube channel Khaotic305 where he has uploaded several music videos. We hope he will be posting more of his great works in the near future. He has also recently released a documentary, videos and his clothing Line.

The rising Hip-Hop artist Khaotic holds on a notion that people’s appreciation of his music is what keeps him motivated to produce more songs and he aspires to make it big someday. The fans are already loving his released songs, and obviously, they are supporting him in every way possible.

Rapper Khaotic Loves To Flex His Fortune In Social Media

Rapper Khaotic has earned himself an immense fortune through his music career. No wonder he takes every chance to show off his wealth in his social media account.

From all that we have collected from the millionaire Khaotic’s Instagram, he enjoys his luxurious life, and he is living it to his fullest.

After appearing in Love & Hip Hop: Miami, not only the fame of Khaotic is increased but his net worth is feeling the effect too.