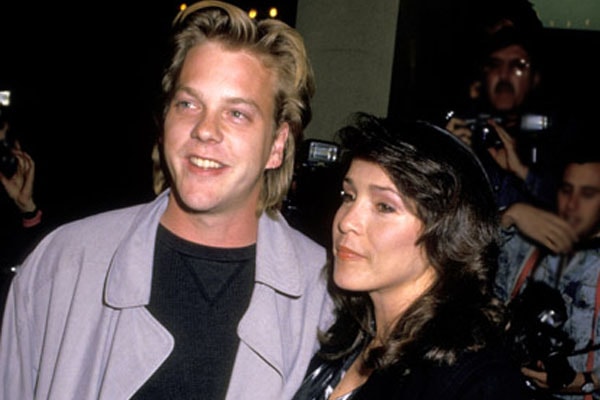 Kiefer Sutherland‘s ex-wife Camelia Kath was born on 10th of December 1954 in West Hollywood, CA, USA. Her birth name is Camillia Emily Ortiz and is a former actress. She is best known for her landing roles in numerous movies including Fake-Out, Terror on Tour, and The Killing Time.

Camelia Kath tied the wedding knot with her ex-husband Kiefer Sutherland on September of 1987. However, the former couple didn’t get along and the two got divorced in early 1990. The exes also share a daughter together named Sarah Jude Sutherland.

Camelia has stood as a prominent actress in the Hollywood industry.  Despite the height of her success, Camelia has never revealed much of her parents and her early family life.

Also, Camelia Kath’s net worth hasn’t been disclosed yet. The former actress hasn’t opened up about her property and net worth from all her contributions. However, Kath’s current partner, Jeff has a whopping net worth of $30 million.

Hopefully, Camelia might unveil more about her personal life and parents in the coming days. Until then, her curious fans and followers must still bear with her decision to remain quiet.

Camelia Kath Has Been Married Twice

As of 2019, Kiefer Sutherland’s ex-wife Camelia has been married twice in her life. She was first married to one of the legendary guitarists of all time, Terry Kath. The pair also shared a daughter together named Michelle Kath.

Unfortunately, the reputed Hollywood figure, Camelia was not lucky enough to live a long enough life with her late husband Terry. Terry passed away just after four years of their wedding. Despite the sudden death of her late husband, Camelia continued her career with Terry’s last name.

During her husband’s death, Camelia was just in her early-20s. However, after a decade, Camelia found love once again. She fell for the English actor, Kiefer Sutherland. As mentioned earlier, the ex-pair marriage couldn’t last long and the two got divorced after 3 years of marriage. The former actress also has a daughter mutually with her ex-husband, named Sarah.

Nevertheless, Camelia has been in a relationship with Jeff Lynne, English singer-songwriter. She is living the present days of her life with Jeff. The romantic pair seem happy and satisfied with each other’s company. However, they have not married yet. We can presume that Camelia seems to be not interested in getting married after her two heartbreaking marriages.