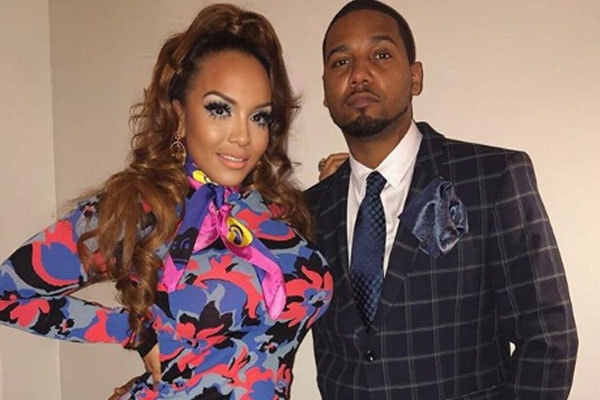 The gorgeous Kimbella Vanderhee is the fiance of rapper Juelz Santana. She shares two lovely children named Juelz Santana James and Bella Monroe James with her to-be-husband Juelz, and also has a son named Leonardo from her previous relationship.

Apart from being the baby mama of Juelz Santana, Kimbella Vanderhee is a model and a reality TV personality on Love & Hip Hop: New York. Kimbella Vanderhee was born on the 12th of October 1983 in Miami. She also goes by the name of Kim Vanderhee. Kimbella started her career as a model back in 2003.

On the 23rd of November 2018, Kimbella Vanderhee and Juelz Santana got engaged in front of fans and friends during a show at Apollo Theater. Before getting down on one knee, the Harlem rapper stated that Kimbella is his lady and how she has been rocking with him for a long time. He ended his sentence with “I want to do this in front of everybody” and got down on one knee. While he was doing so, The Diplomats’ “My Love” was playing in the background.

The Diplomats is a hip hop group consisting of Juelz Santana and his fellow group members Freekey Zekey, Cam’ron, and Jim Jones. The funny thing about the engagement was that the lovebirds were so caught up in the moment that Juelz didn’t realize that he was putting the ring in the wrong hand.

Well, after the engagement was finished, all the fans congratulated the newly engaged couple. And Kimbella didn’t back down to flaunt her huge diamond ring on her social media.

Before being engaged, Kimbella and Juelz have got a long dating history between them.

As stated above, Kimbella Vanderhee is a proud mama of three lovely children. Her eldest son’s name is Leonardo, whom she had with her previous partner. And she has got a handsome son named Juelz Santana James and a cute daughter named Bella Monroe James with her fiance Juelz Santana. Kim has got a lovely pair of bond with her children.

Plus whenever the children are not around Kimbella, she is bored to death. So by this, we can know how much close relationship Kimbella has got with her younglings.