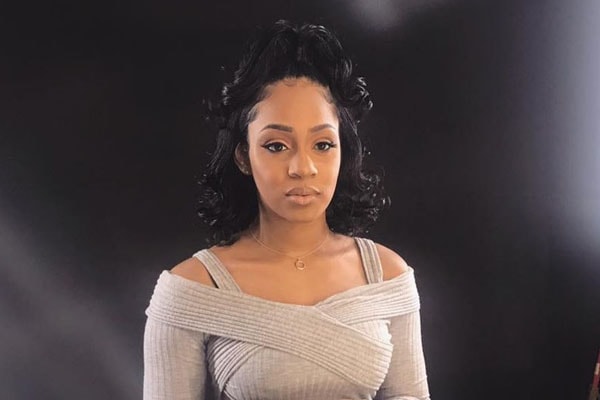 American rapper and reality star Kiyanne has received a lot of fame since joining the cast of Love & Hip Hop: New York and is one of the biggest stars to come out of the show in recent times. She has created a good amount of buzz for herself. Most recently she was in the news for posting a video showing that she was pregnant but it turned out to be a hoax and just a funny video. However, the video of her fake pregnancy is pretty damn cute.

Kiyanne, who has been a part of the Love & Hip Hop crew for some time, started singing at the age of 15 and has had started to find success in her career. She rose to stardom after her freestyle video “Couple Bit**es” went viral on YouTube. Since then she has gained even more notoriety thanks to her mixtape titled “Wolf of All Streets”.

Kiyanne recently uploaded a video on her Instagram page which had the whole world talking. In the video, it was shown that she was pregnant and her current boyfriend Tyhem Commodore was willing her on. But she then revealed that it was just a hoax and that she wasn’t actually pregnant. Despite this swerve, the video was actually very funny.

Kiyanne appeared in the show Love & Hip Hop: New York and quickly became a mainstay on the show. She was romantically involved with Jaquae on the show and their relationship had many ups and downs and eventually broke up after Jaquae was accused of cheating on her and she further claimed that he was actually Gay.

Kiyanne is also the mother of a child as she gave birth to a son in 2016. He doesn’t bring up her so much and likes to keep him away from the media. She did say that giving birth to her son was the best moment of her life.

In July of this year, Kiyanne shocked the world by sharing a video on her Instagram where she looked pregnant and was about to give birth to a child with her boyfriend Tyhem Commodore. She was being willed by him but it turned out to be a hoax as she gave birth to a doll and was faking her pregnancy.

While many people would have been pissed off at this, you can’t argue that it was totally hilarious and it was really funny to see her give birth to a doll.