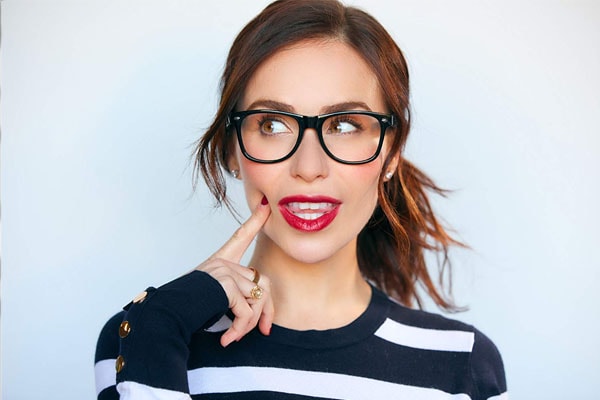 The stunning model and actress Nicolle Iness Radzivil was born on 25th of November 1990 in Los Angeles, CA, USA. She is best known for her movie role in White Dwarf. She was also the writer and the actress of TV movie West of the 405.

She had also featured in season 2 of Comedy Central’s Typical Rick. She was a stand-in for two episodes of HBO’s Westworld. Previously, Nicolle was in a relationship with Jamie Kennedy for some years, who is an actor, and comedian,

Nicolle Is A Model And Actress

Like many people out there, Nicolle is very concerned in her professional career. As mentioned before, she is a gorgeous actress and model. She has appeared in numerous movies and TV shows including Vital Signs, Criminal Minds, Sugar and Toys, Bones and many more.

Nicolle has even worked with Chris D’Elia, Nick Swardson and Simon Rex on Typical Rick. She had attended Beverly Hills High School. Along with her acting career, Nicolle has also appeared as a bikini/innerwear model in The Talk.

We bet that Nicolle Radzivil’s net worth must be a commendable one which she has earned from her different endeavors.

The fan-favorite model and actress, Nicolle is not only in the TV industry but is also active on her social media handles. She has an official Instagram account and shares the important moments of her life on her handle.

The gorgeous model also has a Twitter handle. Going through her social life-style it seems quite obvious that Nicolle is a fun-loving adult and lives her life to the fullest.

Nicolle also has a big heart. The actress has advertised a funding website for the help of a person named Alex Fox, who was diagnosed with stage four colon cancer back in October 2018.

Currently, in 2019, the model seems single and is not involved in any relationship. Looks like, Nicolle wants to drive her focus towards her career rather than love life.