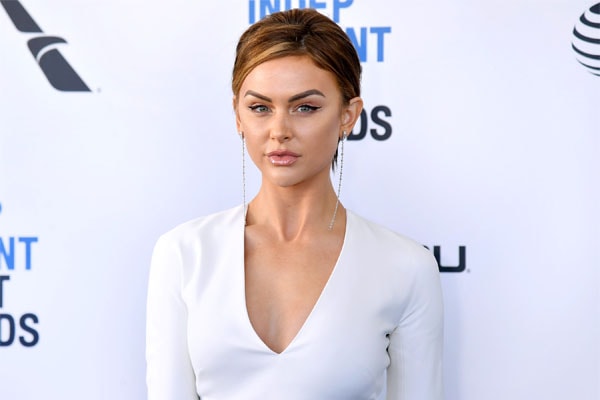 Vanderpump Rules star, Lala Kent‘s net worth is estimated to be $2 million. Lala is an American reality television personality and actress who was born on 2nd of September 1990 in Salt Lake City, Utah. Her real name is Lauryn Kent.

Lala is best known for being a cast member of the Bravo reality TV series Vanderpump Rules in which she was cast alongside famous celebrity Lisa Vanderpump.

The 29-year-old American TV personality, Lala Kent’s net worth is estimated at $2 million. Lala earned such an immense wealth from her career as a reality TV star and a model.

Kent has a rich history associated with her life-changing reality TV series, Vanderpump Rules and was a recurring cast member during seasons four and five. She became the main cast member in season six. and has worked as a hostess at SUR. Kent is very close with DJ James Kennedy who was also a cast member of Vanderpump Rules.

As of 2019, Lala Kent has more than a million followers on her Instagram account. Not only that but, Kent also owns the Lala Beauty line of cosmetics. Currently, she seems to enjoy a lavish lifestyle traveling to exotic locations and partying.

As to Entertainment Weekly, Lala Kent is a heavy alcohol consumer. Kent also admitted that she had a pact with her fiance Randall Emmett to get sober because she was an alcoholic.

Lala Kent’s Career As An Actress

Lala started her early career featuring in a couple of music videos and lower budget films prior to appearing on Vanderpump Rules. Besides her acting career, she is also a fitness model who also appeared on the cover of Women’s Fitness magazine in 2019.

The talented Lala Kent is currently engaged to film and television producer Randall Emmett whom she started dating back in 2016. Lala Kent’s partner Randall was previously married to actress Ambyr Childers.

And looking at Lala’s fortune, she could even have a grand wedding.