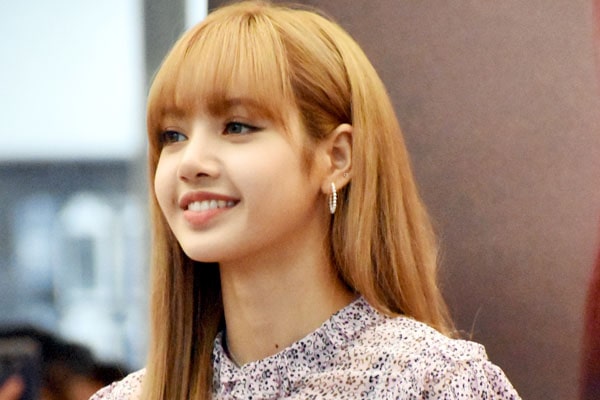 Lalisa Manoban possibly doesn't have a boyfriend at the moment, and is focusing on her career. Photo Source; Wikimedia commons.

Lalisa Manoban, better known as Lisa, is a rapper, and singer based in South Korea. She is one of the members of Blackpink, a South Korean girl group under YG Entertainment. The girl group consists of four mates including Kim Ji-soo, Jennie Kim, and Roseanne Park aka Rose.

Lisa has contributed a lot as a rapper in the Korean music industry since 2016. The beautiful rapper is known for her husky voice and flawless rap. Since the stigma of Korean music does not allow them to be involved in a relationship, the news of them dating is enormous. Blackpink’s Lisa rose to fame as rumors of her dating BTS’s Jungkook surfaced. Thus, here we are quenching your thirst for curiosity. Enjoy.

Who Is Lisa Manoban’s Boyfriend?

K-pop fans are aware of the fact that idols are not allowed to publicize their relationship. Furthermore, they aren’t even allowed to date unless they annulled their contract with the respective company. Therefore, under these strict circumstances, the news of Blackpink’s rapper, Lisa’s relationship rumor sort of shocked her fans.

Like the strict policy mentioned earlier, Lisa is bound to a strict no dating policy. However, she has been shipped with multiple BTS stars, including Jungkook, Kim Seok-Jin, Suga, and other K-Pop stars. One of Blackpink’s members, Jennie, dated Kim Jong-in aka Kai of Exo back in 2019. Therefore we could assume the YG Entertainment is somewhat getting generous regarding their ‘no dating policy.’

Although YG might have loosened their policy, we mightn’t even know who Lisa’s boyfriend is. Moreover, the maknae in Blackpink, Lisa has never been found dating anyone in public.

It’s a big NO! As mentioned above, the k-pop loves to ship their idols, and Lisa-Jungkook ship has surfaced for quite some time. Recently, videos of them getting cozy together has occurred, narrowing down speculations to a conclusion, but YG Entertainment is certainly not allowing it to happen.

Furthermore, they have learned their lesson from letting Jennie date Kai as they received mixed reactions from their fans. Hence, Lisa’s boyfriend might take ages to come up the surface, or at least end her contract with YG.

Furthermore, the rumor of Lisa and Jungkook is not a new concern as fan-fiction linking them two is all over the internet with millions of views and likes. Additionally, numerous videos are edited with Lisa and Jungkook’s clips from their lives not to mention the oddly cut pictures. Therefore, it would be challenging to claim BTS’maknae Jungkook as Blackpink’s maknae, Lisa’s boyfriend.

Moreover, in an interview with Arirang Radio, Lisa surprised her bandmates when she confessed to older men. She further clarified that she isn’t looking for someone older but feels that a slightly older man would care her better than her age. Since Jungkook and Lisa are of the same period, Jungkook would not be Lisa’s first choice, would he?

Well, Lisa’s boyfriend, Jungkook, has never left beyond their fans’ imagination, and hence we won’t know unless the day Lisa decides to come out and declare her relationship herself. Until then, patience could be very appreciated.

Let’s hope to hear of Lisa’s partner soon in the future.