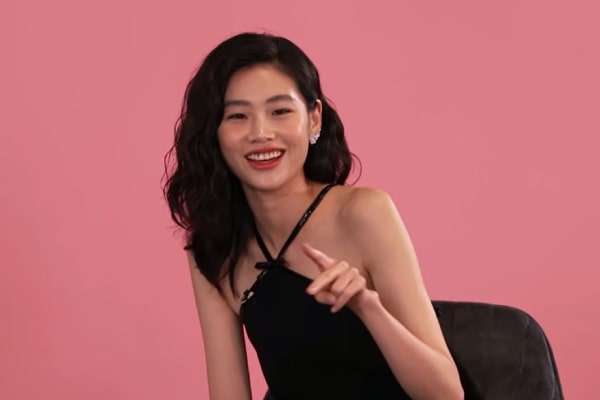 Jung Ho-yeon, aka HoYeon Jung, is a world-renowned actress and model from South Korea. Her fierce and captivating performance as the North Korean defector who picks pockets and earns her living in the thrilling Netflix series Squid Game has captured the hearts of millions. Interestingly, the hit series is Jung Ho-yeon’s first-ever acting role.

Fans around the world are dying to know more about the star’s personal life, especially about her love life. As reported by many sources, Jung Ho-yeon’s boyfriend is Lee Dong Hwi and the couple have been together for several years. But after the massive success, Lee Dong Hwi’s girlfriend has a packed schedule. Due to this, fans often wonder if the pair is able to spend time together. So, is the duo still together? Let’s find it out in today’s article.

Who Is Jung Ho-yeon’s Boyfriend?

Born on 22 July 1985, Lee Dong Hwi is a well-established actor and singer from South Korea. K-drama fans will recognize the actor better as funny and nosy Ryu Dong-ryong of Reply 1988. Aside from the healing drama, the actor has worked in several other hit series and movies, such as Extreme Job, The Call, Glitch, etc.

Furthermore, Jung Ho-yeon’s boyfriend is a member of the South Korean supergroup MSG Wannabe. He is also a part of a celebrity group of friends, BYH48, which comprises many other prominent personalities like EXO’s Suho, Ryu Jun-yeol, Byun Yo-han, and Ji Soo. Nonetheless, the actor is doing well in his professional life.

In Love With A Famous Model-Actress

As already mentioned, Lee Dong-Hwi and Jung Ho-yeon have been dating for a long time. In January 2016, Soompi reported that the pair had been in a relationship for several months. As per the report, both actor and actress have free personalities and didn’t hide their affection and support, resulting in their union as an open secret in both the acting and modeling industries.

Shortly after the reports, Lee Dong Hwi’s agency, Shim Entertainment, confirmed the fact. After checking in with both parties, the agency declared the adorable pair’s relationship. They also requested to watch over the lovebirds. It was also mentioned that the Reply 1988 star didn’t want to lie about his personal bonds.

YES! the fashionista couple is still merrily together. It’s been an exciting year for Lee Dong-Hwi’s girlfriend and himself. He has been showing his excitement and support for his lady love through social media.

Earlier this year, the Squid Game star received the Best Actress Award. Her beau, Lee Dong Hwi, congratulated her by sharing an edited picture with an attached gold medal with the number 1 on Jung Ho-yeon’s neck.

Many were curious how the model’s lover felt about her success. In an interview, she disclosed that Lee Dong Hwi has been very supportive not only as a boyfriend but also as a sunbae (senior) and a friend. The actress explained the actor supported and encouraged her like her father.

Went On A Double Date

The adorable pair recently proved that their bond is still going strong. In August 2022, the power couple was spotted in a Billie Eilish concert together at Seoul’s Gocheok Sky Dome. On top of that, they were seen together with another pair, Hyeri and Ryu Jun-yeol, Lee Dong Hwi’s co-stars from Reply 1988.

Furthermore, netizens showered their love and were happy to discover that Jung Ho-yeon and Lee Dong Hwi are still going strong. Many of them also supported Hyeri and Ryu Jun-yeol and had a wow reaction to the double date.

All in all, Jung Ho-yeon’s boyfriend is a talented singer and actor. He is a loving partner to the actress-model. Let’s hope their ever-increasing love lasts for a lifetime.