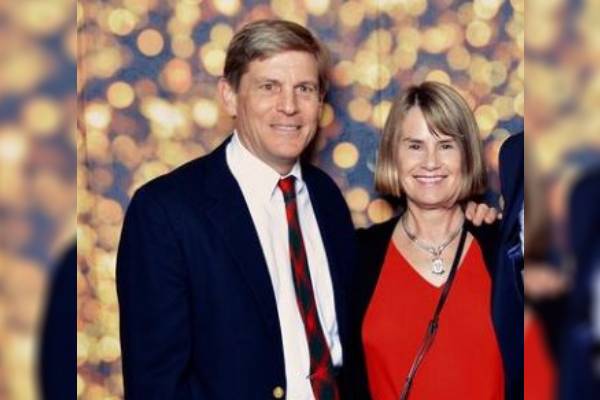 Leigh Middleton is best known as the wife of American businessperson and philanthropist John S. Middleton. John is the principal owner and managing partner of the Philadelphia Phillies of MLB. As a result, many baseball fans are interested to learn more about the Middleton family.

So, today, let’s get to know John S. Middleton’s wife, Leigh Middleton and see what she is doing now.

Married To John For Several Decades

John and Leigh Middleton are known among baseball fans for their immense love for one another. The couple has been married for several years but has yet to reveal much about their relationship history. Nevertheless, the pair have stayed faithful to each other for decades.

While the particulars about their relationship are unknown, there is no doubt that John S. Middleton’s wife has been incredibly supportive. Whether it was John’s early days as a businessman or his legal fight against his sister, Anna Nupson, Leigh has been by her husband’s side.

Moreover, the Middleton couple currently resides in their magnificent mansion in Bryn Mawr. They have lived in Philadelphia for years and even raised their children there.

Welcomed Two Kids With Her Husband

As stated above, the Middleton pair have been married for several decades. And during their marriage, the couple welcomed two kids together. John S. Middleton’s wife, Leigh Middleton, gave birth to their first child, John Powers Middleton, on January 1, 1984.

John and Leigh Middleton also have a daughter, Frances Middleton, who is the youngest among the two Middleton siblings. Frances is a married woman and has a son with her husband, Michael Fields. Leigh’s first grandchild, Jack Middleton Fields, was born in 2018.

On the other hand, Leigh and John S. Middleton’s son, John Powers, is a successful film and television producer. He has worked on several notable projects like The Lego Movie, Bates Motel, and others. Moreover, John is also a part-owner of the Philadelphia Phillies.

Also, John’s production company, The Affleck/Middleton Project, produced movies like Manchester by the Sea, which was nominated for six Oscars. Looking at all of the achievements, it is clear that John and Leigh have raised their kids well and supported them every step of the way.

Apart from being known for their business ventures, the Middleton family is also popular due to their philanthropic nature. While John is a multi-billionaire with an estimated net worth of $3.4 billion, he does not hesitate to give back to society.

And John S. Middleton’s wife, Leigh, is also heavily invested in philanthropy and provides funds for various causes. In 2019, the Middleton couple donated $100K to Eagle Autism Challenge. But even before that, the pair were focused on education, workforce development, medical research, and ending homelessness in the Philadelphia area.

Thanks to their dedication to improving the lives of Philadelphia natives, John and Leigh Middleton were awarded The Philadelphia Award. Moreover, the duo’s children have also followed in their footsteps and have donated thousands to various causes in their hometown.

Grateful to @Phillies part-owner John P. Middleton for his support of our fund.

And a big thank you to @Jim_Gardner, who also personally donated, and the entire @6abc team for helping us help our neighbors in need.

In addition to the funds for several organizations, as per LittleSis, Leigh Middleton has also donated a considerable sum to various politicians over the years. She reportedly made contributions to US Senators Mitt Romney and Arlen Specter‘s campaigns, Republican National Committee, and other Republican sectors.

The donations are proof that Leigh has a big heart and wants to do good in the world. And we hope that in the coming days, we will get to hear about John S. Middleton’s wife’s other charitable contributions.