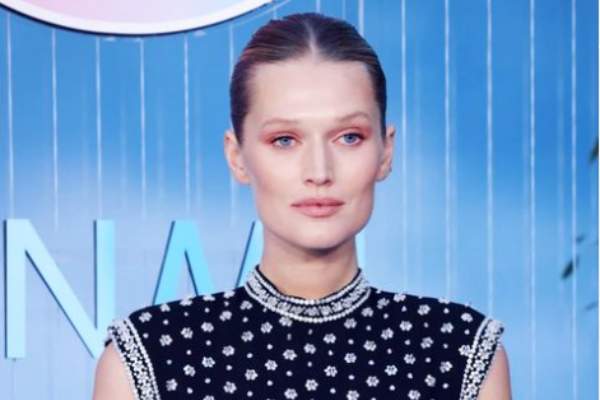 The American actor, film producer, and environmentalist Leonardo DiCaprio was born on November 11th, 1974. Known for his famous leading roles in movies such as Titanic, The Greatest Gatsby, and among others, he has stolen the hearts of many women.

The handsome actor is equally in the news for his dating life. The relationship between the model Toni Garrn and the Hollywood actor ended after more than a year of togetherness. So, follow along to know why the former couple decided to split ways and learn more about Leonardo DiCaprio’s ex-girlfriend.

Who Is Toni Garrn?

Leo’s former partner was born Antonia Pettyfer on July 7th, 1992, in Hamburg, Germany. She is fluent in three languages: French, German, and English. Toni Garrn’s mother, Anja Garrn, runs a business, whereas her father, Peter Garrn, works for an oil corporation. Furthermore, she also has an elder brother Niklas Garrn, in the same field of modeling as her. Toni was just two years old when her family relocated to London.

When Garrn was six, they moved to Athen, where she attended Campion School. The model later returned to her hometown with her family at ten. Garrn was just 13 years old when she was noticed by the New York agency Women Management during the 2006 FIFA World Cup and later signed a contract with them.

After agreeing to an exclusive contract with Calvin Klein, Leonardo DiCaprio’s ex-girlfriend became well-known in the fashion business in 2008. Moreover, Toni has now found love and is married. Garrn exchanged her wedding vows with the British actor Alex Pettyfer in October 2020. The duo welcomed a beautiful baby girl, Luca Malaika, together in July 2021.

It is no surprise that Leonardo Dicaprio and the model Toni Garrn dated for more than a year. The former couple was linked together in 2013 during the 66th Cannes Film Festival, and Leonardo quickly charmed the model. According to US Weekly, they dated in secret since May 2013 and never walked a red carpet together.

Furthermore, after dating for more than a year, eighteen months in total, the couple called it quit in 2014. They reportedly ended their relationship after the actor was seen leaving a Florida nightclub with 20 women.

In 2017, the ex-couple sparked reconciliation rumors after they were seen together at a famous New York club. The pair reportedly left the club holding hands with one another. However, Leo got into a different cab when he realized that the paparazzi had spotted them. They briefly reunited that year, but a source confirmed that neither was looking for anything serious.

Read More: Did Ian McShane Find His One True Love?

Why Did Leonardo DiCaprio And His Ex Toni Garrn Break Up?

When the news broke of Leonardo Dicaprio’s breakup with his ex-lover, Toni, fans were taken aback. As mentioned earlier, Garrn and DiCaprio split up because Leo was seen leaving a Miami nightclub with twenty different women.

Well, Garrn and DiCaprio have both moved on in their lives. While the latter has kept his relationship low-key, the model is happily married. Having previously been associated with Kristen Zang, Emma Miller, Gisele Bundchen, Bar Refaeli, and Erin Heatherton, the actor is known for dating models.

All and all, Leonardo must be living a comfortable lifestyle full of luxury, peace, and sanctuary. We hope that Leonardo finds his one true love and wish for a prosperous and healthy future. We also wish that Leo spills more information regarding his personal and private life.