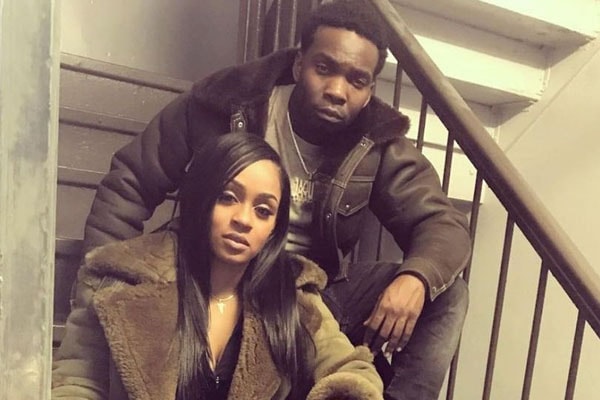 Ameican hip-hop artist and reality star Jaquae has had a respectable music career, to say the least. Having been a rapper for some time now, he has released numerous hit songs over the years. Add to that his appearance in the hit VH1 show Love & Hip Hop: New York, his fame is at an all-time high. But one thing that has been turbulent has been his relationship with former girlfriend Kiyanne.

Jaquae, whose released the hit mixtape “Chapter 2 The James Harris Experience”, started dating Kiyanne as soon as he joined Love & Hip Hop: New York. They were together for most of the show, but their relationship was full of problems, to say the least. They would constantly argue against each other and Kiyanne even went as far as to accuse him of infidelity.

But the highlight of their short-lived relationship is the fact that Kiyanne made Jaquae sign a contract when he was caught cheating on her. He spent a night in a hotel with another girl and as a result, she made him sign a relationship contract to ensure that he wouldn’t cheat on her again.

Kiyanne and Jaquae began seeing each other as soon the two joined the cast of Love & Hip Hop: New York. The couple was together for most of the show but it wasn’t very smooth. They would get into arguments regularly and were seen fighting most of the time, and eventually, the two broke up.

The biggest incident to take place between Jaquae and Kiyanne are the infidelity accusations made towards him by Kiyanne. It was further stated by Sophia Body as well, who is his ex-girlfriend. However, Jaquae straight up denied this claim, saying that it isn’t true.

While Jaquae was still dating Kiyanne, he made the mistake of spending a night with another girl. He spent a night with a girl named Anai in St. Marteen Hotel and Kiyanne was furious about it. Kiyanne almost dumped him for him cheating on her.

But instead of breaking up with him, Kiyanne had another trick up her sleeve. to prevent him from cheating on her, she made him sign a relationship contract. And to the surprise of may, he actually signed that contract and affirmed his love for her.