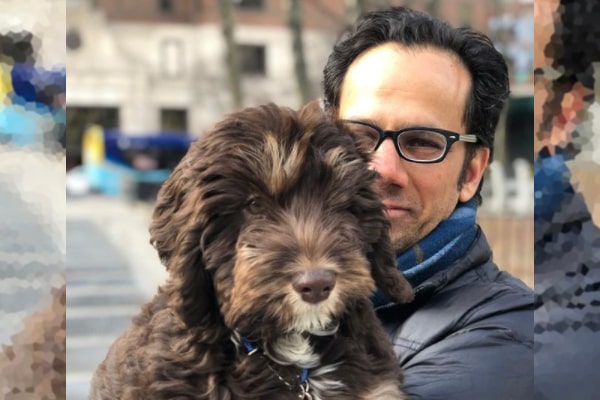 Liz Garbus, born Elizabeth Freya Garbus, is an American documentary film producer and director. Some of her remarkable works include The Farm Angola, USA, Bobby Fischer Against The World, Marilyn, etc. Besides being a prominent figure in the entertainment industry, she is also a loving wife of Academy Award producer Dan Cogan.

Dan Cogan and Liz Garbus have been married for a long while and welcomed two beautiful children together. There are many fascinating facts about Liz Garbus’ husband, Dan Cogan; you’d love to know. Despite their private nature, here’s everything about Dan and his marital life with his documentary filmmaker wife, Liz.

Aforementioned, Liz Garbus’s husband, Dan Cogan, is a notable figure in the entertainment industry. He is an Academy Award-winning producer of Icarus known for his works in The Invitation, The Crash Reel, and How to Survive a Plague.

According to Dan Cogan’s IMDb, he has more than a hundred credits as a producer. He has worked in a copious amount of award-winning documentaries and television series. Moreover, Liz Garbus’s partner, Dan, is currently filming The Conspiracy and set to release his baby documentary, Cousteau.

Besides, Dan has worked with some prominent names in the industry, including Ariana Grande. Well, Dan Cogan’s success is too massive, and his works rightfully justify his triumph.

Besides having a successful career as a producer and director, Dan also co-founded a production company named Story Syndicate with his wife, Liz Garbus. The power couple is both involved in the film industry for several decades.

According to Story Syndicate, it is Liz and Dan’s brainchild founded in 2019. The company is committed to executing innovative ideas and provide filmmakers the creative and operational infrastructure they need.

Although Liz and Dan’s marriage details are private, the couple seems to have been together for quite some time and have two amazing kids.

As stated, Liz Garbus’ husband is not just an exceptionally talented and successful producer but is also a doting father of two lovely children. They have a daughter Amelia Garbus Cogan and a son. Unfortunately, Dan Cogan is a private person and rarely shares pictures of himself and his kids on social media. Cogan’s Instagram has zero posts.

However, Cogan’s wife, Liz, is pretty active on Instagram and shares their moments. Liz and Dan Cogan’s daughter, Amelia, once talked to Slate about her highly-achieving family. According to Amelia, her parents are political people and talk about it often. She further added that her dad, Dan, was an assistant to politicians and stuff. She also recalled the campaigns she attended with her parents during Obama’s presidency.

Liz and Dan Cogan’s daughter, Amelia, seemed a compassionate and warm-hearted person who thinks the most interesting part of her parents’ job is to meet people and travel the world. Moreover, unlike Amelia, her brother is grounded and merely speaks, but they have precious bonds with their parents.

Well, Liz Garbus’ husband, Dan Cogan, is an impressive person with a strong personality. Thus, let’s hope to hear more of his work in the coming days.