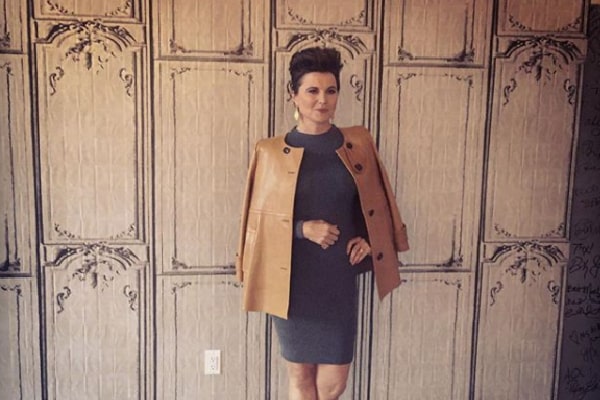 The New Zealand actress and singer, Lucy Lawless, is famous for playing the title character in the television series, Xena: Warrior Princess. She further had recurring roles as Diane Lewis-Swanson on the NBC sitcom Parks and Recreation and starred on horror-comedy series Ash vs. Evil Dead.

Lawless has made a massive name in the entertainment industry through her exceptional talent. Besides having a remarkable career, she has been blissfully married to American film producer/director, Robert Tapert. However, she was previously married to Garth Lawless but divorced shortly after.

Therefore, here we are, exploring Lucy Lawless’s ex-husband, Garth Lawless, and the reason behind their divorce. Let’s go.

Ash vs. Evil Dead star Lucy Lawless’ ex-husband, Garth Lawless, is living a very private life, away from the spotlight. He rose to fame as “Lucy Lawless’ husband” but later dissolved into the thin year as his marriage ended.

Garth previously worked as a barman at Club Mirage but has almost no trace on social media. Hence, we wouldn’t know if he has moved on with his life. Although he has managed to keep his identity a secret all these years, let’s hope Garth is living comfortably.

Met When Lucy Was Passionate About Travelling

Fate works differently. It either breaks one’s heart or makes people meet in an unexpected turn of life. Such was the incident with Hollywood star Lucy Lawless and her ex-partner, Garth Lawless.

According to the People, she revealed that she had a passion for adventure and took off for Europe at 18, traveling through Germany and Switzerland. Sher further said that she lived on coffee and cigarettes. She met her high school sweetheart, Garth, and joined in the exciting adventure to Greece.

The former couple had made remarkable memories through their venture and went on to share vows in 1988.

Sharing values are one of the most significant traits for a couple to determine their relationship quo. After their short adventure to Greece, they returned to Australia, taking off jobs along the way.

The former couple shared their vows in 1988 at a very young age. They married in Kalgoorlie, Western Australia, and returned to New Zealand. They had a small wedding then moved back to a tiny apartment, which Lucy describes was surrounded by mad old ladies with cats.

Blessed With Baby Girl The Same Year They Married

The former couple was blessed with a daughter the same year they got married. They welcomed their one and only kid, Daisy Lawless, on July 15, 1988, at age 20. Lucy Lawless’ daughter, Daisy, is all grown up and went on to work as a voice actress. She voiced Jabberon in Power Rangers Super Ninja Steel.

The mother-daughter duo has also appeared in a few movie premiers in the 2000s. Although there isn’t much on Daisy, she must have had a fun childhood.

Divorced After Seven Years of Togetherness

Aforementioned, Lucy Lawless’s ex-husband, Garth Lawless, vanished along with his divorce with the star. The ex-couple separated in 1995 after seven years of marriage and a beautiful daughter.

With their kid’s birth, the former love birds started to have issues that could no longer be contained. Hence, the seven years long marriage came to an end in 1995. However, the reason behind their divorce is not discussed even after several decades.

As of now, Garth Lawless’ ex-wife has moved on and married filmmaker Robert Tapert and welcomed two kids; Julius Robert Bay Tapert and Judah Miro Tapert. On the other hand, Lawless’s ex-spouse has maintained privacy.

Therefore, let’s hope Garth Lawless is living a peaceful life somewhere while Lucy is enjoying an extraordinary experience of her own.