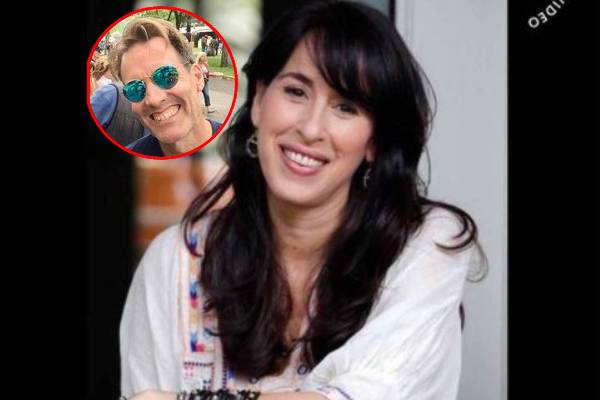 Maggie Wheeler and her husband, Daniel Borden Wheeler have been married for over three decades. Image Source: Daniel's Instagram.

Margaret Emily Wheeler, aka Maggie Wheeler, is an American actress and singer. She is most famous for her role as Janice in the beloved television sitcom Friends. Maggie began her career as a voice actor in the 1980s. She dubbed the voice of all-female actors on the animated series SilverHawks.

However, her breakthrough role was as Janice Goralnik in Friends in 1994. Furthermore, she also gained popularity for her performance as Anita in the series, Ellen. Besides appearing in the television series, Maggie has also appeared in many Hollywood movies like Soup for One, The Parent Trap, Sexual Healing, etc.

Apart from her professional career, Maggie is also a loving wife and caring mother to her children. The Friends star has been married to Daniel Borden Wheeler since 1990. So, in today’s article, let’s get to know Maggie Wheeler’s husband, Daniel.

Has Been Married to Maggie Wheeler For Over Three Decades

Maggie Wheeler’s husband, Daniel Borden Wheeler, is a famous artist and sculptor from Ohio. The love birds got married on 20th October 1990 in Los Olivos, California, in a romantic wedding ceremony. The couple might have dated for some time before tying the knot.

Furthermore, Daniel and Maggie have been married for more than thirty years. The pair were married before Maggie’s breakthrough role on Friends. Their relationship is truly an inspiration to all aspiring lovers around the world.

Maggie Wheeler’s Husband Is A Father Of Two

Over three decades of their marital relationship, Maggie Wheeler and her spouse Daniel Borden Wheeler have welcomed two adorable children. His elder daughter Juno Wheeler was born in 1994. She is a social worker and philanthropist.

Similarly, Daniel’s youngest daughter Gemma Wheeler was born in 1999, five years apart from his elder daughter. She is following the footsteps of her mother and is involved in the entertainment business. Recently, her TikTok went viral where she imitated her mother’s famous “Oh My God” lines.

Also Read: Know The Odds Of African Countries To Win The 2022 World Cup

His Art Has Been Featured On Los Angeles Times

As mentioned above, Maggie Wheeler’s husband, Daniel Borden Wheeler, is a famous sculptor and artist. Substantially, in 1995, Daniel’s art was displayed in the Los Angeles Times. The art named Untitled Wing was designed to look like a small airplane wing on the ground. He kept his award-winning art under the ocean for six months to make it look natural.

In addition, he also has his website where he specializes in making customized designs and fabrics for his customers. Daniel is very attached and passionate about art. He makes sculptures for his wife Maggie and daughters every Valentine’s Day.

Wheeler has been doing this since he met Maggie. He takes the occasion very seriously and doesn’t shy away from showing his love and affection towards his family.

Well, Maggie Wheeler’s husband, Daniel Borden Wheeler, must be very proud and happy of her work. Maggie’s role of Janice and her voice is still popular among all the Friends fans. To accommodate this, she makes voice-over requests on Cameo. In addition, fans can send notes and request Maggie to wish someone on birthdays or congratulate on special occasions.

Nonetheless, Daniel and his wife must be enjoying a pleasant life together. Being in their 60s, the love birds enjoy the latter part of their lives together in their New York mansion. We wish Daniel Wheeler and his wife all the best for their future.