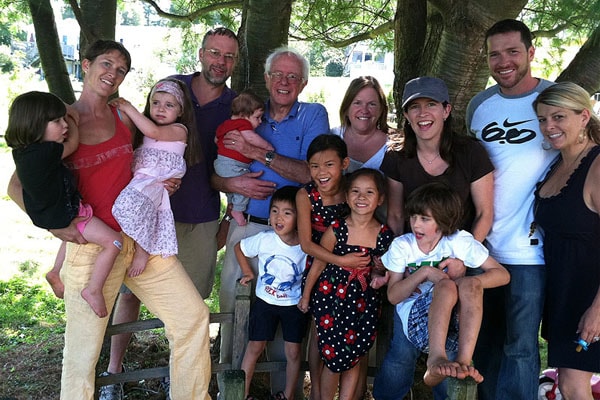 Bernie Sanders As A Grandfather

The loving grandfather of seven, Bernie Sanders reminds his followers of Santa Claus. However, no one from the Vermont Senator family calls Bernie dad. The cute grandpa is either called B, the Bernster, Bernard, Bernie, Grandpa Bernie or Grandpa Bern.

Bernie Sanders’ son Levi Sanders also calls his father, Bernard. In an interview, Levi Sanders said that  Bernie has always been a friend as well as a loving father rather than an authoritative figure.

The American politician knows how to celebrate as well as entertain the people he loves. Bernie Sanders’  was the Santa when he was mayor of Burlington in the 1980s. He gave presents to families who had low-housing incomes.

Bernie Sanders enjoys the company of his grandchildren. His house is littered with toys like kiddie electronic keyboard, pink plastic play kitchen, bats, and waffle balls. Followers of Bernie Sanders call him Santa for his loving as well as caring nature.