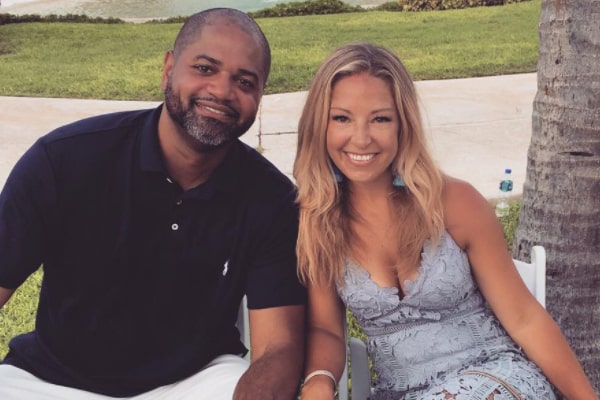 John-Blair Bickerstaff, professionally known as J.B, is an American professional basketball coach. He serves as the head coach for the Cleveland Cavaliers since 2019. Previously, he coached Memphis Grizzlies and has experience as an assistant coach for numerous NBA teams.

J.B. Bickerstaff’s career is an open story; however, his wife, Nikki, is a private person who prefers to keep her life to herself. However, Bickerstaff’s academics is somewhat exclusive to the public.

Mrs. Bickerstaff graduated from the University of Arizona with a degree in arts in Marketing and business in 1999. Nikki worked as an assistant buyer at Neiman Marcus when she was graduating and ran an Urban Angels Boutique between 2001-2005.

Furthermore, J.B. Bickerstaff’s beloved partner worked as a business development director for 944 Media. Subsequently, Nikki became an associate publisher before moving on to the METRO as sales and promotions director.

Bickerstaff’s partner, Nikki Bickerstaff, was associated with Sports Authority as their community marketing manager for two years, from 2010 to 2012. Today, she is fully committed to being a supportive wife and getting involved in several charity works.

Born Nikki Jones in Oregon, J.B. Bickerstaff’s wife, Nikki Bickerstaff, met her life partner through a mutual friend and former Cavaliers player, Richard Jefferson. The ‘meant-to-be’ couple dated for a few years before sharing vows in 2011 amidst friends and families.

The couple’s confidential marriage isn’t boasted on public except in a few posts on Facebook dated ‘2018.’ However, they are so much in love even after nine years of marriage and welcoming three little versions of themselves.

Similarly, the couple shows up in several events and is involved in philanthropic works together.

Aforementioned, J.B. Bickerstaff’s wife is a private person and has kept her current professional details secret. However, she is actively participating in charity works now and then.

The Bickerstaff couple recently donated iPads and a full year internet service to selected Cleveland-area high school seniors. They chose ten deserving club members with the help from the Boys and Girls Clubs of Northeast Ohio from John Adams College and Career Academy.

The parents of three kids, the Bickerstaff couple, recognize all the students’ challenges during this pandemic and thus reached out to Cavs Vice President of Community Relations Hilly Yanak. He later introduced them to the Boys and Girls Club.

Besides donating technologies alongside her husband, Nikki has teamed up with the Club to fulfill the Christmas wish list of 50 children from the Boys & Girls Club. Moreover, she provided a link on her Instagram, which is disappointingly private (Nikki Bickerstaff’s Instagram). Well, kind gestures from Nikki and J.B.’s means a lot, especially during the pandemic.

Spread some holiday cheer this year for the Boys & Girls Club of NEO with the Little Helpers of Cleveland pic.twitter.com/2YFWQrLwrr

J.B. Bickerstaff’s wife, Nikki Bickerstaff, is doing an excellent job of giving back to society. Let’s hope she continues to work hard in the future. In the meantime, let’s take a peek into her motherhood.

The greatest gift of a woman is motherhood. The bliss of giving life and loving them to one’s heart content, the emotion is indescribable. J.B. Bickerstaff’s spouse, Nikki, is fortunate to have welcomed three children, two daughters, and a son, within nine years of marriage.

Unfortunately, Bickerstaff is extremely private when it comes to their family. We do know J.B. Bickerstaff is Bernie Bickerstaff’s son and a little more about his career path. However, it’s hard to find his babies in the public domain except for a few pictures Mrs. Bickerstaff tweeted.

Furthermore, J.B. Bickerstaff’s Instagram is dedicated to his job, while mama Bickerstaff’s social media is reserved. Despite the privacy, the Bickerstaff family is close to one another and continue to grow close.

Let’s hope to see more of J.B.’s loving wife prosper in the coming days and contribute to society.