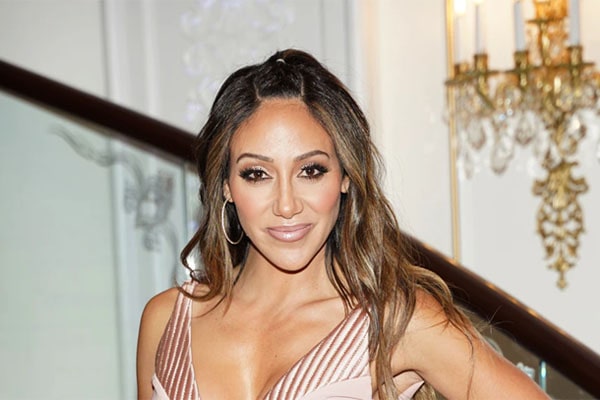 Melissa Gorga is as gorgeous as one can get, she is not only beautiful but also really talented which is a deadly combo. She is an actress, reality television personality, author, singer, designer, and a really successful businesswoman. Speaking of her television career, Melissa was first seen in the third season of Real Housewives of New Jersey, since then she has dominated the screen.

Melissa Gorga was born in Montville, New Jersey, USA, on March 21, 1979, as Melissa Ann Marco. She is a married woman with three children. She tied her knot with husband Joe Gorga back on August 20, 2004. The couple is proud parents of a daughter Antonia Gorga and two sons Gino Gorga and Giuseppe “Joey” Gorga Jr.

Melissa Gorga first appeared in the third season of RHONJ and since then has appeared countless times in the show. In fact, she is one of the top cast members featured in the show. Not only RHONJ, but she has also appeared on multiple other reality tv shows such as The Wendy Williams Show, Watch What Happens Live with Andy Cohen, Watch What Happens Live with Andy Cohen, and many more. We can say that she has dominated reality shows genre since she first arrived in 2010. She is also the author of Love Italian Style: The Secrets of My Hot and Happy Marriage which was published on September 17, 2013.

Melissa Gorga is not only a well-established reality tv star and author but also a talented musician. Her first solo music album On Display was released on iTunes on August 13, 2011. She later on added more songs to her name; How Many Times and Rockstar both released in 2012 on iTunes. Her I Just Wanna and Never Let Me Go were also released in the same year. Melissa’s songs are really popular amongst her fans, you can still buy her songs on Amazon.

According to Celebrity Net Worth, Melissa Gorga’s net worth is estimated to be – $1.5 million. Despite being paid $600,000 per season, she owes $1.5 million. As shown in the reality tv show RHONJ, she lives a lavish life in her sprawling mansion and drives expensive cars. Melissa and her husband owe $2.25 million to the Sterling Bank for their house mortgage. They were also sued for $25,000 by a window company as they failed to pay for their services.

Furthermore, the couple had also put their home on the market for $3.5 million in 2017. As for NJ’s report, the pair has since reduced the price to $3.3 million.

Living Life In A Luxurious House

Melissa and her husband Joe had quite a ride with their NJ house. After suffering for a great loss in the real estate business, she was in a debt of $1.5 million. The couple decided to sell their NJ house for a whopping $3.5 million at the beginning but later reduced the price to $3.3 million. However, after two unsuccessful attempts of selling their house, the couple quietly took it off the market. Later on, they put it back on sale after reducing the price, this time $342,000 was cut-off from the initial price. This time too the couple faced failure and now the property is back off the market.

As the couple could not find any buyer for their beautiful house they decided to live in it. The house stands at 9,100-square-foot with six-bedroom, seven-and-a-half-bathroom. The lovely pair has also bought another 3,500-square-foot waterfront home that costs nearly $1 million. Their NJ house also includes lavish amenities like a movie theater, billiards room, library, gym, hair salon, recording studio, pool, and a four-car garage.

Speaking of their $1 million house, it is located near Toms River. Their house is bright and airy on the inside. Moreover, the Gorga family seems to enjoy the sea air on the property’s expansive deck. Melissa says her house is perfect for her three kids to play during the summer. She also has uploaded tons of photos of her family spending time in her new house. Her daughter Antonia Gorga seemed to love spending her time near the pool of her house.