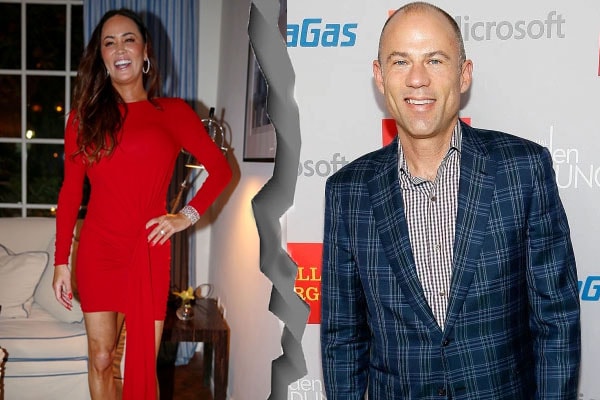 The hotshot lawyer Michael Avenatti‘s former wife Lisa-Storie Avenatti divorced him. But what could have been the reason behind the divorce? Has the adult star Stormy Daniels got something to do with it?

Michael Avenatti is an attorney and entrepreneur. He is famous for representing different parties in lawsuits and has won over $1 billion for his clients in judgments. Lately, he has been in the media limelight more because of representing Stormy Daniel, an adult star, for her case against the current President of US, Donald Trump.

We are wondering if Donald Trump has blocked Michael on Twitter or not, like the many other he has blocked.

Claimed to be a hero for standing against Donald Trump, Stormy Daniels’ lawyer, Michael is at a drawback now. His wife Lisa Storie-Avenatti divorced him amidst the case. Lisa-Storie filed for divorce in December 2017.

At first, Lisa’s filed divorce was dismissed, but later on, Michael Avenatti filed for the divorce.

Michael Avenatti’s ex-wife Lisa-Storie Avenatti stated Micahel to be a hot-tempered guy plus he wants everything to have his way. She further added that when Michael doesn’t get what he wants, he is verbally aggressive and extremely loud. Along with that. Lisa also kicked Michael out of the house and changed the locks.

The gorgeous Michael Avenatti’s divorced wife Lisa-Storie further added that Michael is “emotionally abusive” and “harmful’. She requested the court to issue an exclusion order and not let Michael enter their Newport Beach residence because she feared him, and that could cause harm.

And in defense, Stormy Daniels’ lawyer Michael Avenatti denied all the abuse allegations. He said that there was never any abuse, alleged or otherwise. Michael commented his wife’s comments to be ridiculous. And also the court never gave credence to the allegations.

The estranged wife of Michael Avenatti wanted the divorce to be finalized as fast as possible.