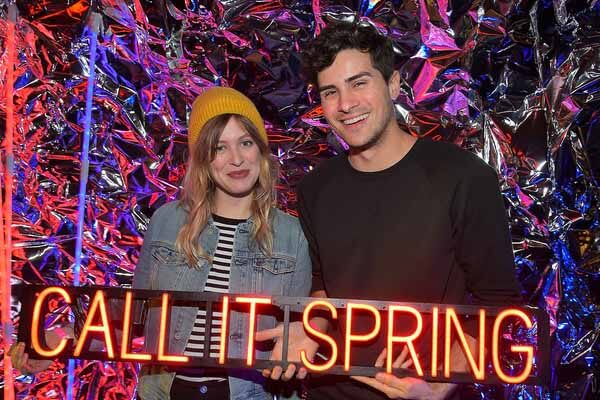 Anthony Padilla‘s girlfriend Miel Bredouw is a comedian and podcast host. The two started dating in May 2015 and are together ever since. Miel, along with her friend and co-host Demi Adejuyigbe, runs a comedy podcast called Punch Up The Jam. She is pursuing a successful career, and her boyfriend Anthony is a loving and supportive man.

Anthony, who is a famous YouTuber and co-founder of the comedy club Smosh, one of the top-earning and richest YouTuber of 2018, broke off his engagement with ex-fiance Kalel Smith in 2014. The ex-couple’s romantic relationship suffered some hiccups, so they decided to part ways. Padilla had accused Kalel of being “manipulative” and “toxic.” With Miel, he might have found the perfect dating partner and who knows, a prospective wife.

Miel’s social media followers are always wondering about her family background, so we’re first going to clinch their thirst. Miel Bredouw was born as Mariel Wade Bredouw on 11th, 1989, in Los Angeles, California. She grew up with her parents and siblings in Orcas Island, which is part of a chain of islands near Washington DC. Miel has two siblings, brother Henri Bardot and sister, Minnie Bredow.

Anthony Padilla’s Girlfriend Miel Brewdouw Is A Comedian And Podcaster

Miel is a comedian, plain and simple. She’s smart and funny, while still being gorgeous. As mentioned, she also hosts the famous podcast Punch Up The Jam. She sometimes appears as a guest in some podcasts, like High And Mighty podcast, where she talks about her childhood in an episode called Growing Up on an Island. A former Viner herself, Miel started her YouTube channel after Vine shut down their app.

Further, Miel is very active on Instagram and Twitter, and she absolutely loves being a chatterbox! Taking time off her tweeting and podcasting routine, Miel likes to act in fictional as well as reality TV series. Some of her acting credits include the TV series Eastsiders, Camp Unplug and Thomas Sanders. Miel is also a movie actress, having starred in Sylvio as well as the short film Demetrinox.

With such immense talents, many are glad to know that the beautiful 30-year-old is Anthony Padilla’s girlfriend. After all, success attracts success, and Anthony is one of the hottest YouTubers around.