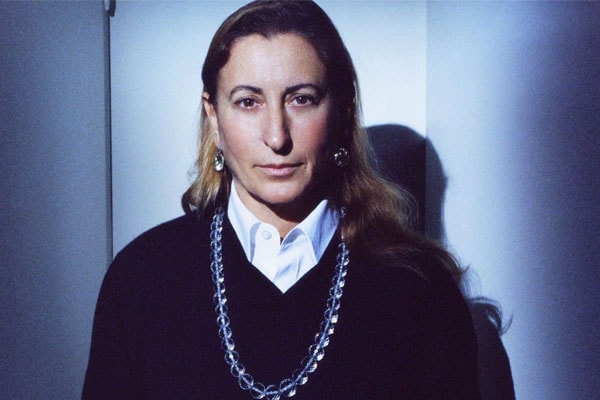 Miuccia Prada's net worth is $3.2 billion

The co-CEO and lead designer of Prada, Miuccia Prada’s Net worth is $3.5 billion. Miuccia earned her colossal fortune from the Italian fashion brand ‘Prada’ which she inherited from her grandfather Mario Prada with her siblings Albert Prada and Marina Prada.

At the moment Miuccia runs the business with co-CEO and husband Patrizio Bertelli who is also a fellow billionaire and has the same net worth as Miuccia Prada, i.e., $3.5 billion. Maria Bianchi Prada aka Miuccia Prada met her husband Patrizio in 1977. Patrizio ran a luxury leather company, but just after a year, he joined the Prada.

It was only in 2011 that the couple decided to take the “Prada” public and listed its share in Hong Kong.

Miuccia Prada Net Worth and Earnings

Miuccia Prada’s net worth is $3.5 billion. Thanks to her hard work and the company she inherited from her grandfather, Miuccia made her riches. The company “Prada” was started by Mario Prada and Martino Prada, Mario’s brother in 1913 as a leather goods shop in Milan, Italy. It was named “Fratelli Prada” back then. Now, look where it has come to.

With all that, we bet Miuccia Prada lives quite a lavish life. And as she owns half of the company she has got no shortage of branded clothes.

In 1993, Miuccia Prada founded an Italian fashion women’s accessory and clothing brand named Miu Miu. It is an owned subsidiary of Prada and headed by Miuccia herself. Just like Prada Miu Miu also offers a variety of accessories but only of women which includes purses, eyewear, handbags, and others. Miuccia’s nickname inspires the name, Miu Miu.

Here are some of the products provided by Miuccia Prada’s Miu Miu along with their respective prices:

In 2014, Prada’s co-CEO Miuccia Prada was named in the probe alongside her husband for a possible tax-evasion. The company Prada was allegedly accused of avoiding nearly $521.19 million in tax. Later on Miuccia and her husband Bertelli paid $571 million to Italy’s tax agency. As the debt had been settled, later on in 2016 the prosecutors requested the case to be dropped.

There has been a massive fluctuate in the Net worth of Miuccia Prada over the years.