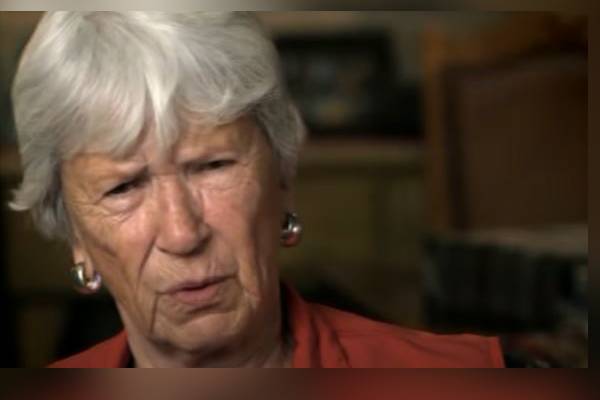 Janet Shearon was the first wife of the legendary astronaut Neil Armstrong. She was married to him for almost four decades, and while together, they welcomed three kids. Sadly, she passed away in 2018 due to lung cancer.

As Neil Armstrong’s ex-wife, Janet, gained huge fame, people are curious to get to know more about her. So, how about we learn in detail about the late Janet Shearon and her life.

Was The First Wife Of Neil Armstrong

As mentioned earlier, Janet Shearon was married to Neil Armstrong. They met in college at Purdue University, where Neil was an aeronautical engineering student, and Janet was a home economics major student. Furthermore, she was also a synchronized swimming champion.

The couple dated for a while and then tied the knot on January 28, 1956, after graduating from college. After their marriage, they moved to Juniper Hills, California. There, Shearon’s then-husband worked as a test pilot at Edwards Air Force Base.

Before moving to Juniper Hills, Janet and Neil lived in the San Gabriel Mountains near Lancaster, California.

Then, on April 8, 1963, the former couple welcomed their third and youngest son, Mark Stephen Armstrong.

Sadly, just two years after her birth, Janet Shearon’s daughter, Karen, passed away because of a brain tumor. Unfortunately, their daughter died on their wedding anniversary, and because of that, Neil and Janet never celebrated the day again.

Furthermore, in the movie First Man, about Neil Armstrong’s biography, the astronaut was portrayed holding a bracelet engraved with their daughter’s name on the moon.

In addition, the movie also portrayed Armstrong, played by Ryan Gosling, throwing the bracelet into a lunar crater. However, there is no evidence proving that this actually occurred.

Moreover, it is believed that the death of their daughter and the subsequent mission to the moon created a major dent in Janet and Neil’s marriage.

After being married for 38 years, Janet and Neil separated from each other and divorced in 1994. The former couple separated because Janet Armstrong’s husband, Neil, was emotionally unavailable while she carried the burden of caring for the family.

Furthermore, Neil Armstrong’s ex-wife, Janet, was also upset with him because he did not take any memento of his kids while on his mission. However, he had brought some of her jewelry to the moon.

Following their split, Janet moved to Utah and started a new life there. Furthermore, Janet Shearon’s ex-husband, Neil, met Carol Held Knight in 1992 and got married to her.

Regretted Not Completing Her Degree

As mentioned earlier, Janet and Neil met while they were studying at Purdue University. They exchanged the vows in 1956 after Neil graduated. However, Shearon did not complete her degree, and many sites suggested that she regretted that decision of hers in her later life.

Before attending Purdue University, Neil’s former wife, Janet, had attended New Trier High School. At the university, she was a member of the Alpha Chi Omega sorority.

Sadly, Neil’s former wife, Janet, passed away at the age of 84, on June 21, 2018, due to lung cancer. Furthermore, she died only months before the movie “First Man” was released in theaters. She is survived by her two sons, daughter-in-law Wendy Armstrong, six grandchildren, and two great-grandchildren.

Her obituary was published by the Houston Chronicle, which mentioned that she had received several honors and awards globally because of her dedication and courage during the American space program of the 1960s.

Janet was really supportive of her then-husband and his works. However, even after the moon mission was a great success, she and her husband lived a modest life away from the media and the limelight.

At that time, astronauts had an almost celebrity status in the USA. But Neil Armstrong and his then-wife decided on living a quiet life away from the limelight, which they agreed was the best decision for the family.