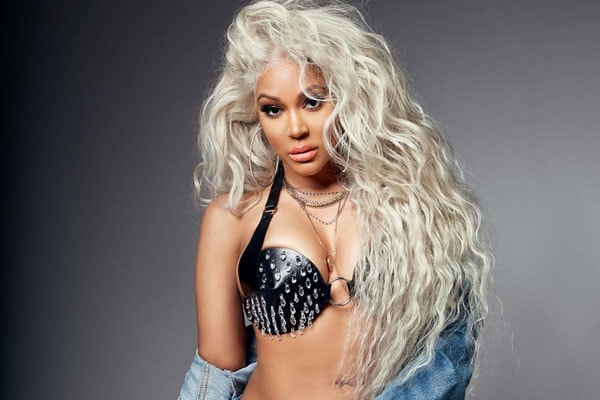 Lyrica Anderson has a massive net worth of $10 million as of 2020. Image Source: Facebook.

The “Love & Hip-Hop: Hollywood” star, Lyrica Anderson, has a net worth of $10 million which she gathered from her more than a decade-long career in the R&B and pop music, business, and entrepreneurship. Apart from that, she also generates her income as a songwriter and American Reality T.V. Star.

Lyrica started her singing career in 2008 and rose to prominence after writing Charice’s hit song “Pyramid” in 2009. Since then, she has written and sang multiple songs and has released two albums as well as a mixtape. Thanks to all her work, Lyrica has managed to earn a hefty sum of money and establish herself as a Pop icon.

Lyrica Anderson’s Net Worth And Earnings

As mentioned above, Lyrica Anderson’s net worth of $10 million has been accumulated through a decade of work as a musician, reality T.V. shows, business, and entrepreneurship. She made a prolific career, and a great platform in the music industry and reality T.V. shows. Gorgeous Lyrica is a celebrity with millions of fans now. So, without further ado, let’s know more about her sources of income and earnings.

From Songs and Albums

Starting her career in 2008, Lyrica Anderson has sung multiple hit songs over the years. She gained initial recognition and success with Charice‘s song release, “Pyramid“ in 2010. She had co-written the song and was #1 on the U.S. Dance Club Song Charts.

Lyrica also released two albums: Hello in 2015 and Adia in 2017. She also has released two EPS titled King Me 2 and Nasha Pearl along with a mixtape called King Me. Lyrica’s albums with its respective prices on Amazon are listed below:

She probably earns promising money from the sale of her albums. She has worked for the music label Mosley Music Group further aiding on her net worth. Floyd Bentley, with whom she married in 2016, has a net worth of $4 million.

Along with her singing prowess, Lyrica is also an accomplished songwriter and has written songs for many top singers. Some of the songs written by Lyrica are “Jealous” for Beyonce, “Pretend”  for Tinashe, and many more. She has also written songs for Demi Lovato, Jason Derulo, Charice, amongst others. Lyrica has more than 171k subscribers on her YouTube channel too.

Plus, Lyrica Anderson certainly gets significant contracts that are willing to offer her huge paychecks for her tours and concerts around the world. We can say that the singer’s net worth mainly comprises of her earnings as a music artist.

Thanks to her successful singing career, Lyrica has also transitioned into a reality T.V. star. She was featured in the reality show Love and Hip Hop: Hollywood in 2016 and returned as a member of the main cast in 2017. Lyrica and A1‘s marriage is thrown into turmoil in season five when rumors swirled around her infidelity.

Similarly, K. Michelle had claimed that she had an affair with Safaree Samuels. The main cast members of Love and Hip Hop made around $40,000 per season, so that’s what she might have made some promising six-figure money by appearing in three seasons for Love & Hip Hop: Hollywood. The earnings from the reality T.V. show undoubtedly contributed to her $10 million net worth.

Lyrica makes a lot of money through her musical prowess, and she doesn’t shy away from bragging about it. She took to Instagram to show everybody how rich she is by posting pictures of her playing with plenty of cash.

With all the money she has made, she has every right to brag about how rich she is. Hopefully, this success doesn’t get to her head.