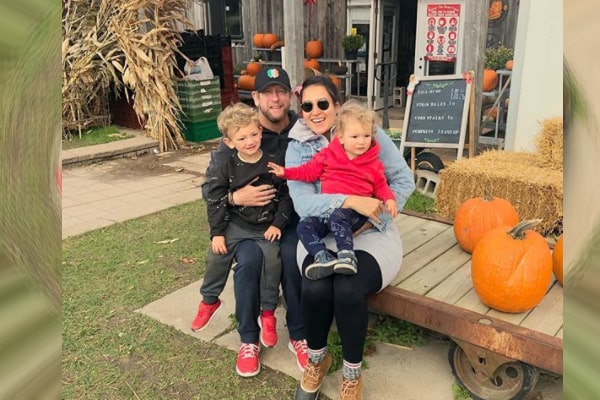 Are you even a basketball enthusiast if you haven’t heard of Dwane Casey getting fired by the Raptors? Well, he picked his career pretty smoothly while his successor, Nick Nurse, is trying to lift The Raptors.

Well, Roberta Nurse, Nick Nurse’s partner, is very similar to him as the couple shares a similar interest in athleticism. Well, you will have fun knowing about the multi-talented woman and her wondrous abilities. Therefore, be ready to learn more about Mrs. Nurse and her interests.

Alike Nick Nurse, his spouse, Roberta Santos, is a former athlete. She used to be a volleyball player with one of the best teams in Brazil. Mrs. Nurse was further trained under Paulo Coco, who was associated with the Brazillian National team. She also played as she attended Florida Gulf Coast.

Furthermore, Nick helped lead FGCU to two A-Sun conference titles during their transition period from Division II to Division 1. Likewise, she went on to work as a volleyball coach for the University of Texas at Brownsville for four years and as an assistant coach for a year at Winthrop University.

Currently, Nick Nurse’s wife, Roberta Nurse’s LinkedIn, introduces her as an entrepreneur since 2016 in Des Moines, Iowa area. Besides her athletic accomplishments, Roberta is a scholarly person who holds a Masters’s degree in Public Administration from the University of Texas.

Similarly, she graduated from Florida Gulf Coast University with a degree in Resort Management in 2008. Therefore, it might not sound wrong to say that their sporty interests connect the couple; hence, the missing puzzles met and tied knots shortly after.

Married After Two Years Of Courtship

When people share interests, have the same goal and perspective of life, it’s the eureka moment. A similar incident happened with the Nurse couple since their first meet in 2012.

According to Fabwags, the sporty couple met in 2012. Although further details are unavailable, don’t you think they must have had gym dates and sports talk on a dinner date? Anyway, after two years of knowing one another, Nick Nurse finally managed to propose to Roberta.

Finally, the Nurse couple shared their vows on September 26, 2015, after two full years of knowing one another. Although fame is entitled to have every detail of a person, Nick Nurse’s partner decided to keep their most important day to themselves.

However, we do witness their love all over Roberta Nurse’s Instagram. She congratulates her husband on his birthdays, and has any woman forgotten about their anniversary? She also puts her gratefulness towards Nick and his presence into the bargain.

The pair are parents to two adorable kids and are enjoying parenthood to the fullest.

Well, Roberta birthed her first kid, Leo Nurse, on February 8, 2017. She often posts his pictures on Instagram, and her throwback pictures with baby-belly cannot get more adorable. Similarly, the Nurse pair welcomed their second bundle of joy, Rocky Levi Nurse, on May 20, 2019.

Although Fabwags mentioned Leo as his kid from a previous relationship, Nick Nurse’s spouse, Roberta’s Instagram, says otherwise. Whatever the case is, Roberta loves both her kids dearly. She often makes posts regarding motherhood, where she mentions how exhausting things might get.

Nick Nurse’s better half further revealed that there’s never a dull moment as a boy mom. Although Roberta wants her kids to grow up, she was a little sad when her son, Leo, went to school without even looking back. Well, every mother experience this bias-ness, don’t they?

Besides Nurse’s sons, Roberta also thanks her baby-father, Nick, for being a good father. In a tear-jerking post, she wrote how thankful she is to have kids together and assured that he’ll always be ‘PERFECT’ in their eyes. As of now, the Nurse couple are living in a newly bought home in the Liberty Village area with their energetic sons.

Well, KUDOS, to every mother out there, manages everything in the family, and still squeezes time for their interests. Their challenges aren’t unseen. Nick Nurse’s wife, Roberta, is no different in a sense. Despite the smidgin of time, she manages to make time for her fitness and exercises.

Having their share of accomplishments makes the Nurse couple even more potent. Therefore, let’s hope to hear more of her in the coming days with more bang and new initiatives.