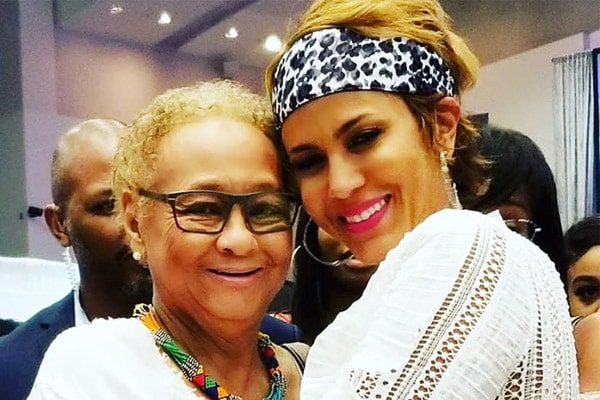 The seven-time NAACP Image Award nominee Nicole Ari Parker is a famous figure of the American Entertainment Industry. She is popular for her notorious performance in Showtime’s award-winning original series ‘Soul Food’ in the role of Teri Joseph. Nicole has also starred in various movies, including The Incredibly True Adventure of Two Girls in Love (1995), Almost Christmas (2016), and many more.

The star of the ABC drama Time After Time, Nicole was born in Baltimore, Maryland, United States. Now estranged couple, Susan Parker and Donald Parker welcomed her on 7 October 1970. Later, the two divorced, and the reason behind it is still a mystery.

So, who are Nicole Ari Parker’s parents, Susan and Donald? And what are the former couple doing in the present? Know it all here.

According to various sources, the mother of Nicole Ari, Susan Parker, was a health care professional. However, in an interview with the Dallas Black back in 2004, Nicole revealed to the reporter that her mom is a prominent real estate mogul in San Diego. There is no exact news on what she is doing in the current days.

Currently, Nicole has not opened up any details about her mother, including her profession and living in the present. Thus, we only have vague information on what Nicole Ari Parker’s mother might be doing in 2020.

Her Father Is A Dentist

As stated by some online sources, Nicole Ari Parker’s father, Donald Parker, was a dentist in the past. However, it’s quite challenging to say if he is continuing his same job or not. As Nicole has not revealed any pieces of information about her dad, the exact profession of Donald is a secret for now.

Moreover, Nicole Ari Parker’s father, Donald, does not seem to have any social media accounts registered to his name. Or, he might be using them with different names. So, for now, Nicole Ari’s father and the details of him is entirely away from the reach of the media limelight.

The divorced parents of Nicole Ari, Donald, and Susan, are proud grandparents of two gorgeous kids from their daughter’s side. They have a granddaughter named Sophie Tei Naaki Lee Kodjoe and a grandson Nicolas Neruda Kodjoe.

The blessed grandmom, Susan, often goes to meet and surprise her grandchildren to Los Angeles from the place where she is living now. Her daughter shares the pictures with her on her social media sites captured during her visit.

Life Away From The Spotlight

Moreover, both father and mother of Nicole Ari Parker do not have social networking accounts registered in their name. It’s a bit complicated to dig into their lives and find out what they might be doing in the present.

However, Nicole Ari Parker’s mother gives a rare appearance on Instagram and Facebook of her princess. In 2019, she appeared in the American TV game show created by Mark Goodson ‘Family Feud’ along with her son-in-law, Boris Kodjoe, and daughter Nicole.

Talking about Nicole Ari’s father, he is almost wholly away from the spotlight. His existence is a total mystery to the ordinary people.