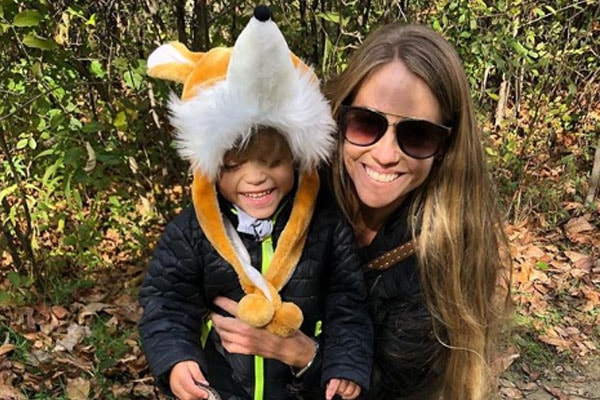 It is always a burden for many divorced couples to finalise who shall be getting the custody of their children. So is the similar case with Nicole Curtis and her son Harper. After conceiving son Harper when she was in a relationship with her ex-partner Shane Maguire, the world kind of changed for the Rehab Addict host.

Nicole Curtis’ baby father Shane wasn’t sure if Harper was his kid or not, so it was later confirmed after a paternity test. And when Nicole and Shane decided to part their ways, they had a years-long legal battle over their son.

Only in October 2018, Nicole Curtis and Shane Maguire signed a custody agreement and brought an end to their years-long legal battle for their son Harper. After the agreement was finalised, it was decided that both Maguire and Curtis would share equal decision-making authority and responsibility for their kid’s wellbeing, which also includes education, religious training and his health care.

It was not the first time of Harper’s parents, Shane and Nicole meeting at the court. Back in December of 2015, Shane had filed for joined custody and paternity. And at that time the little Harper was still breastfed and his mother couldn’t physically follow the court instruction.

Problems For Nicole Curtis Due To Custody Agreement

Because of a strict custody agreement, the 42-year-old American host Nicole was separated from her son Harper. Nicole Curtis’ son Harper is just aged three at the moment. Nicole was kind of frustrated and heartbroken to not be able to spend time with her son during festive seasons.

Not many may know this but Nicole Curtis also has an elder son named Ethan, from her previous relationship with ex Steven Cimini. Like many mothers out there, Nicole too feels like cooking, entertaining and doing stuff for her children but the custody agreement is not allowing her to do that entirely.

As per Nicole, she had allowed Shane to spend time with her Harper, and the family of three went for trick or treating together and was expecting the same from him in return, but alas it didn’t go as per she thought. Despite that, Nicole Curtis stated that her ex-partner Shane will always be welcomed to have lovely family time together.