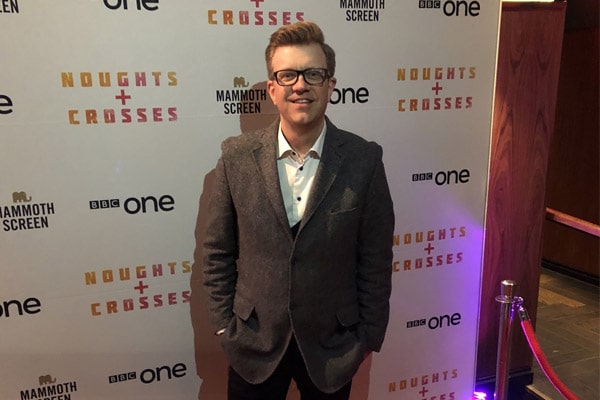 The British news presenter and journalist Nina Hossain is living together with Stuart Thomas since 2005. Before starting a new life with Thomas, Nina Hossain was married to the former Sky News director, Craig O’Hara. Hossain tied her marital knot with Mr. O’Hara in 1996. However, they could not protect their marriage and the former husband-wife duo eventually divorced in 2004. Nina does not have any kids with her previous spouse, Craig O’Hara.

Soon after divorcing from the first husband, Nina Hossain started a romantic bonding with Stuart Thomas. The relationship between Hossain and Thomas has crossed over a decade. With the rising fame of Nina Hossain, people are wondering if she has been married to Stuart Thomas or just dating. So, here we are to make it clear to you. Please keep reading.

As we mentioned earlier, Nina Hossain began dating Stuart Thomas in the spring of 2005. The exact place and how the pair met is not available to the public yet. However, seeing the social media posts posted by them on their respective social networking handles, it seems like they privately took the wedding vows without letting the press know about it.

Both Nina Hossain and Stuart Thomas are active on Twitter. And, in most of their tweets, they mention each other as husband and wife. Moreover, Nina says herself as Mrs. Thomas while sharing her photos on media and during her interviews.

Strange coronavirus moment: When your wife is on TV with @NickyClarkeUK discussing how she cut your hair..

(She did do a good job, to be fair) pic.twitter.com/GMLbkqLsG9

So, although Nina and Stuart have not revealed any details about their wedding, their social posts clearly show that they are married. We hope the happy couple will soon give some insights into their married life.

The beautiful couple, Nina Hossain and Stuart Thomas are blessed parents to three adorable kids. They became proud mom and dad for the first time with the birth of their son, Will Ridley Thomas, on 1 December 2006. Will was born healthy, weighing 6lb 3oz.

Furthermore, Nina Hossain welcomed her daughter Clara Thomas in 2008. Likewise, Nina Hossain’s son, Nate Thomas, joined the family in 2011. Like many other celebrities, Nina Hossain also rarely brings her children into the limelight.

Nevertheless, Nina Hossain and her family are living a blissful and private life in the Midland, Manchester, UK.

Stuart Thomas Is Also In The Broadcasting Industry

Nina Hossain’s husband, Stuart Thomas, is also in the British Broadcasting Industry like his wife. According to Stuart Thomas’s Linkedin profile, he is currently the Head of The Midlands on BBC since July 2019. Before this, Thomas worked as the Head of BBC East Midlands and Head of English Regions Programmes.

Furthermore, Stuart Thomas also served as an Editor of London Tonight of ITN for five years, where his partner Nina Hossain works. Probably, Thomas might have met his love, Nina Hossain, while working there and fell in love with her.

Besides, Nina Hossain’s husband was the News Editor of RI: SE on Channel 4 of Sky network from 2002 to 2003. The graduate of the University of Kent, Stuart Thomas, also has experience working as Programme Controller in London Broadcasting Company and as a News Editor at Independent Radio News.

Nina Hossain suffered a failed marriage in the past. However, she seems to be committed and happy with her present husband. There is no news regarding any marital issues between Nina and her current husband to date. Probably, engagement in the same field and understanding for each other might be one of the key reasons behind their strong bonding. We hope their marriage lasts till eternity.