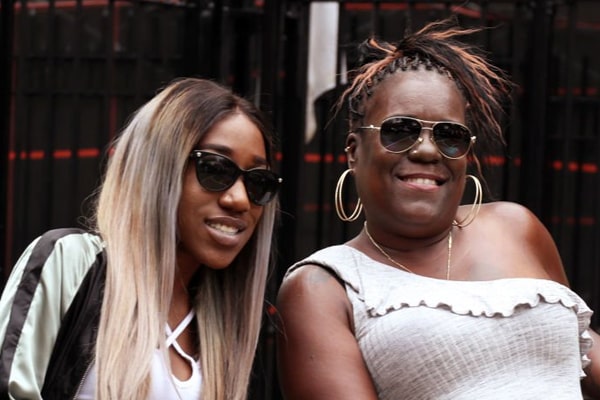 Christopher George Latore Wallace, professionally famous as The Notorious B.I.G., Biggie Smalls, or Biggy, is one of the most celebrated rappers in the music industry. Regrettably, Biggie’s death is also the saddest mourned celebrity death to date. He is considered as one of the greatest rappers of all time and is known for his laidback lyrical delivery.

Throughout his short career-span, The Notorious BIG earned a massive reputation for his grim content and his intimidating appearance. Besides professional success, Biggie was an enormous softie and had two relationships with whom he shares his children. Today, we will be discussing Notorious BIG’s Baby mama and also T’yanna Wallace’s mother, Jan Jackson, and her whereabouts.

The Notorious BIG is a prominent name in the hip hop world. Besides being a ghetto man who aspired to live diligently, express himself via lyrics, he was a great person, partner, and father.

Biggie’s baby mama, Jan Jackson, seems to be an utterly secretive woman since her whereabouts are buried. Although she had given a few interviews after BIG’s biographical movie, she has remained away from the media scrutiny.

However, Jan shows up in her daughter’s fashion shows and enjoys the walks. Apart from a few photographs, she has kept her data buried cleverly.

Moreover, The Notorious BIG’s long-term sweetheart, Jan, is also not present in any form of social media. Honestly, it’s pretty unbelievable since Jan seemed laidback and sounded like she did not mind sharing one or two things of her life.

But, that’s her life, and she chose privacy. So, while respecting her sentiments and privacy, let’s move on to T’yanna Wallace’s mother, Jan, and hip hop mogul, BIG’s love story. Despite all those barriers, she is an independent woman and raised another tough woman.

It is a blessing for a person to have someone who truly believes them in their tides and highs. So was rapper Notorious B.I.G., as he had his baby mama, Jan Jackson.

The duo was together for quite a while before parting their ways. They tackled their dark days together and overcame them. Simply put, Jan Jackson was the person who saw the rapping elite, Biggie’s burgeoning fame.

However, the companionship was not meant to be and let their years-long history fade. The former pair parted their ways before Jan gave birth to their tiny bunch of smiles, T’yanna Wallace. She was 22 years old when she birthed her first baby.

Although they parted ways before T’yanna’s birth, BIG kept visiting his daughter and had a good relationship with his former partner as well. In an interview, B.I.G.’s baby mama, Jan, revealed that there were times when he’d call to talk to their daughter only, but they also maintained a healthy relationship, and thus, he called to know about her well-being.

It seems and sounds legit. But tragedy struck the Notorious family when BIG’s daughter, T’yanna, was just three years old, and his wish to be a great father and agent of change in the community was shattered with a bullet at the tender age of 24.

Aforementioned, B.I.G.’s baby mama, Jan Jackson, gave birth to their first child, T’yanna Wallace, on August 8, 1993. She has grown up beautifully and is working as an accomplished fashion designer. She is the C.E.O. of her clothing line called Notorious Clothing.

Although Notorious B.I.G.’s daughter, T’yanna Wallace, has a very vague memory of her father, she was much loved by her mother, Jan. Furthermore, she also maintains a stable relationship with her half-sibling, C. J. Wallace, and B.I.G.’s widow, Faith Evans.

However, T’yanna Wallace’s mother, Jan Jackson, prefers staying away from social media, which might be why Wallace does not upload her pictures.

Although the Notorious B.I.G.’s baby mama and T’yanna Wallace’s mother, Jan Jackson, chose to stay out of media, she must be living an enjoyable life, has built her own family, and is living earnestly. However, with the release of the new Netflix documentary, Biggie: I Got a Story to Tell, we might learn more about the B.I.G and Jan’s love story as well as the life that Jackson is living now.