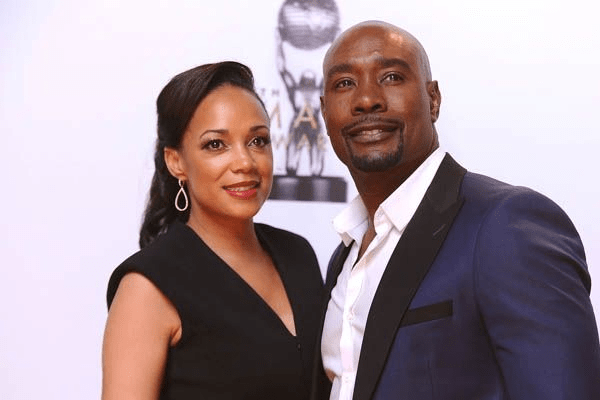 American actor Morris Chestnut is a celebrated Hollywood personality with a legendary career. His resume includes work in some top movies and TV series’ like Boyz N The Hood and Rosewood. As good as his acting career has been, his marriage to Pam Byse Chestnut has been even better with their marriage still going strong after 22 years.

Morris Chestnut married Pam Byse way back in 1995 right about when his acting career was taking strides. They have given birth to 2 children: a son named Grant in 1997 as well as a daughter named Paige. Even after 22 years of marriage, Pam and Morris have managed to keep a spark alive in their relationship.

Morris recently addressed this during an interview when he was asked how he and his wife were maintaining a stable relationship even after all these years, and he shed some light on what makes their marriage tick. He explained that knowing your role in a relationship is the key to sustaining it. Morris noted, “You have to let your wife be the woman, and your wife has to let you be the man.”

It is tough to manage a long-lasting marriage in Hollywood, but it seems Morris and Pam have found the right formula for it. The first thing the two have done is kept their married life away from the media and the public. The two make sure they stay away from the media and leave a quiet life. This means there’s no negative buzz about them, resulting in a stable relationship.

Another big reason behind Pam and Morris’s successful marriage is their ability to separate their professional life with personal life. There were rumors that Morris cheating on Pam, but those were false and the two didn’t let it affect their relationship, showing the strength of their relationship.

And even after 22 years of marriage, they find time to engage in romantic endeavors. They are spotted going on dinner dates and reportedly make sure they spend quality of time together. Pam makes sure that despite Morris’ heavy workload, they get to be together and maintain a spark in their relationship.

Not to be left behind, Morris too makes sure to do his best to maintain the love in their relationship. He recently posted a rap song on social media taking on the #ForTheP challenge, where, according to Morris, P stands for his lovely wife Pam.

With such a successful marriage, Morris Chestnut and Pam Byse Chestnut are proof that not all relationships in Hollywood involve a nasty break up.