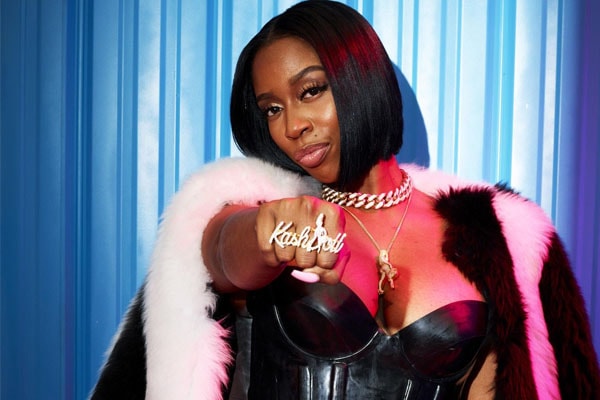 American rapper Kash Doll is rising up the ranks of the music industry very fast. Having released a mixtape titled K.R.E.A.M along with singles like “Freestyle” and “Check”, her career has been a pretty successful one. Thanks to all this success, Kash Doll’s net worth is $1 million.

Before becoming a successful rapper, Kash was a strip-dancer. Since then she has also tried her hand in modeling before eventually becoming a music artist. All the endeavors has helped her earn a lot of money. She has been an active singer since 2015 and thus has a solid Net worth.

Kash Doll’s net worth is $1 million. She makes most of her money through her rap songs. Kash previously was a strip dancer and earned up to $26,000 in a night.

Net Worth, Earnings from Music, Acting

Kash Doll’s net worth of $1 million has been accumulated through the late years of making good music. Having started her singing career in 2015, her positively received songs have helped her collect a ton of cash. She reportedly makes more than $200K a year and has become a household name in the singing business.

The 26-year-old rapper’s debut mixtape titled  “K.R.E.A.M Kash Rules Everything Around Me” was hugely successful and it put her on the map. After this, she released more mixed-tapes like “Keisha vs Kash Doll” and “Kashin’ Out”, further cementing herself as a major rapper and in-turn helping her earn a lot of money.

In 2017, Kash gained mainstream popularity with her single “For Everybody”, which gained main more than 7 million views on YouTube, establishing her as a big-time rapper.

Apart from singing, Kash, who calls herself “the baddest bitch”, has also transitioned into an actor and has featured in many movies, further helping her net worth. She is set to appear in the upcoming movie Birds Of A Feather.

Before she shook the world with her rap, Kash was a renowned strip dancer. While she was a strip dancer, she was highly paid by her costumers and as well as club owners. She used to earn up to $26,000 per night thanks to her strip dance.

After leaving behind her career as a strip dancer, she also did a few modeling gigs. She modeled for top companies and brands like Louis Vuitton, marking her modeling career a success as well.

As you would expect, Kash has a pretty glamorous lifestyle. She wears stylish outfits and rides around in classic cars. She currently rides around in a Rolls Royce Ghost 2010, which costs more than $100K. During a rap, she also mentions that she owns a Ford as well.