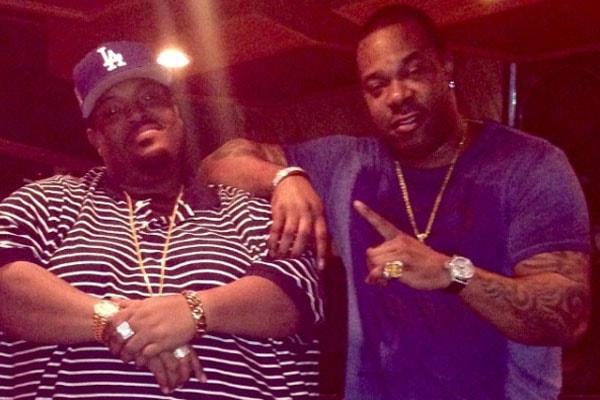 On August of 2018, rapper Busta Rhymes added a new member to his Conglomerate Label, Rapper Prayah. Busta’s record label “Conglomerate”  means a whole that is made up of different entities. Other rappers that are in the label includes Murda Mook. J Doe, Aaron Cooks, N.O.R.E., O.T. Genasis.

Rapper Papoose who has an estimated Net Worth of $500,000 was also once associated with Busta Rhymes. We know record labels don’t sign rappers on a bluff, they see something in them which will not only help the record label but the rappers too. So Busta Rhymes must have signed Rapper Prayah looking at his rap abilities.

Rapper Prayah is a Belizean American rapper coming out from Brooklyn. He started his career by an unofficial remix of “Shooters” by Tory Lanez. He then stepped out with a brand new video featuring Toni Steelz for “Bad Man Ting.”

With the addition to being a Belizean, Rapper Prayah is blessed with raw rhymes. In the ‘Bad Man Ting,’ Busta Rhymes’ new signed Rapper with his nasal-pitched vocals and laid back flow talk about cocaine, guns, his paranoia, and Pirus. Pirus aka Piru Street Family is a Los Angeles Street gang based in Compton.

Looks like the “The I Know What You Want” singer Busta is aligning strong rappers for his label The Conglomerate. We all know how gangsters these rappers want to sound in their songs and in their names too. Prayah basically means ‘Prayer’ but with a little bit of funk mixed to it. The Rapper Prayah’s logo is dope also, as it has got a symbol of praying in the middle of his name.

Busta took to his Instagram and Twitter to let the world know that a new rapper has been added to his gang. And as the 46-year-old rapper Busta states it, looks like he is pretty delighted with the signing of Rapper Prayah.

As the newly signed Rapper Prayah is an emerging act to the scene a lot of details about is not disclosed. He has got a Twitter and Instagram handle under the username of “TheGodPRAYAH” and “prayah1” respectively.

By the looks of it, Rapper Prayah has also got a son, though his baby mama’s name is not revealed. He uploads his music videos on his Youtube channel named “Prayah Bell.” We hope that the rapper will make a big name in the rap industry and wish Busta Rhymes and his label best of luck.

Prayah premiered his song Bad Man Ting featuring Toni Steelz through BET Jams on September 2018. Prayah has not recorded albums yet but he had released a song named Something Outta Nuthin on June 2018.