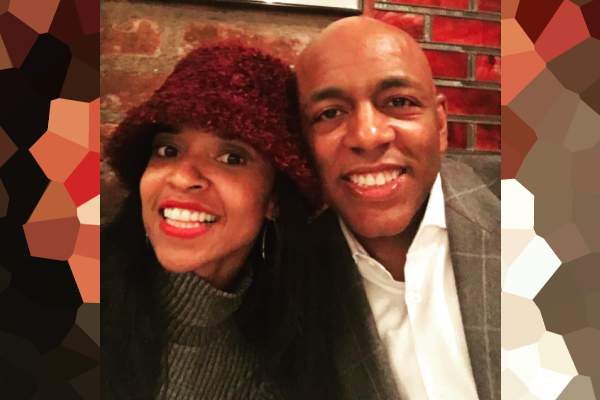 If you are a fan of Broadway and musical plays, you must have heard of Renée Elise Goldsberry. She is a famous American actress and singer known for playing the role of Angelica Schuyler in the Broadway musical Hamilton. She won a Tony Award for Best Featured Actress in a Musical for her performance in the musical in 2016.

The 51-year-old has found much success outside of musicals in the film and television industry. She has made numerous appearances in various movies and television series. Recently, she has been cast for the role of Amelia in the upcoming MCU Disney+ series, She-Hulk: Attorney at Law.

Aside from being a well-known celebrity, Goldsberry is a loving wife and a doting mother. Now, let’s get to know about Renée Elise Goldsberry’s husband, Alexis Johnson, and how he swept her off her feet through this article.

Who Is Alexis Johnson?

Alexis Johnson came into the limelight after tying the knot with his famous wife, Renée Elise Goldsberry. But unfortunately, not much has been revealed about Alexis’ private life. The only information available about him is that he is an attorney from New York.

As per his spouse’s IMDb profile, the lawyer works in cable and television distribution. But, we could not find which enterprise he is working at. However, according to the LinkedIn account of the same name, he attended the University of Southern California, from where he received an MA in Communications Management. But, it is not sure if it is his account.

Furthermore, Renée Elise Goldsberry’s husband does not appear to be active on any social media platforms. Hopefully, we will get to learn more about him in the future.

Much like the case in the lawyer’s personal life, not much information has been disclosed about the couple’s dating timeline. Regardless, it is known that Alexis and Renée met at a church and later exchanged their wedding vows in 2002. The couple celebrates their wedding anniversary in December.

Alexis’ wife Renée posts photos and videos of her beloved every once in a while on her Instagram handle, wishing him his birthday and their wedding anniversary. From her captions to posts relating to him, it is evident that the husband-wife duo are much in love with one another.

Furthermore, Renée Elise Goldsberry’s husband must have been supportive and appreciative of her when she had her miscarriages. The 1971-born singer has not been shy to let the world know about how she lost her four babies. It must have been devastating to lose a baby not just once but four times. However, she must have felt comforted by Alexis’ presence.

Renée Elise Goldsberry’s Husband Is A Father Of Two

After much struggle to give birth, Renée and Alexis were finally able to welcome a healthy baby boy into their family. Alexis Johnson’s eldest son is named Benjamin Johnson, who arrived on May 5, 2009.

Then, five years later, the couple welcomed another member into their family. Alexis and his other half adopted a little girl from Africa in 2014. Their daughter is named Brielle Johnson, born on February 15, 2013. Their son is aged thirteen and their daughter is nine years old as of now.

In an interview with the New York Family in 2016, Johnson’s spouse mentioned him, explaining that she wouldn’t have been able to juggle work and parenting without him. She also mentioned that they have what makes for a very loving and fruitful co-parenting relationship. Renée Elise Goldsberry’s husband must be a good, proud, and doting father to his little ones.

Likewise, Alexis must be a very loving and caring partner. The couple has been married for almost two decades and has not shown any signs of splitting up. Regardless, we wish their love for each other lasts a lifetime and enjoy a blissful and prosperous life with their children.