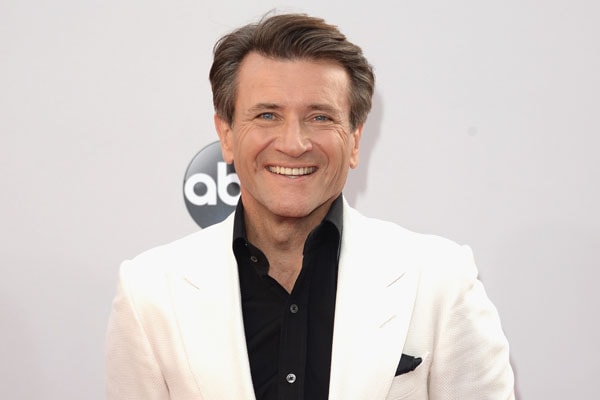 The Canadian businessman Robert Herjavec‘s Net worth is estimated at $250 million. Alongside being a businessman, Robert is also a television personality, an investor and it is from his different endeavours that he has been able to amass such colossal net worth.

Robert has come a long way up from his struggling life in the past and now lives a lavish life with wife Kym Johnson and their children, Hudson Robert Herjavec and Haven Mae Herjavec. Previously, the Shark Tank star Robert was in a marital relationship with ex-wife Diane Plese with whom he had three children, Brendan Herjavec, Caprice Herjavec and Skye Herjavec.

One of North America’s most recognisable businessperson, Robert Herjavec has an estimated net worth of $250 million. He had started his career in films where he worked as a third assistant director. Then later Robert changed his tracks. Robert Herjavec’s first founded a company was BRAK Systems. It was an integrator of Internet security application. Herjavec then sold the company to AT&T Canada for $100 million though some sources suggest to us that the company was sold for $30.2 million.

And in 2003, Robert Herjavec started Herjavec Group, and now it is one of the fastest growing technology company in Canada. He is still the CEO of the group. And it is reported that the company alone has amassed $500 million in sales.

Income From TV and Books

As stated above, Robert is also a reality TV star. He has been a prominent part of the tv show SharTank. According to Cheat Sheet, Robert Herjavec earns an estimated amount of $50,000 per episode from the show. Plus in the past, he was in the Dragon’s Den too, a CBC television series.

Robert has also appeared in the movie Sharknado 4: The 4th Awakens. We bet Robert must have charged a reasonable sum of money for his contribution. Apart from TV and business, Robert Herjavec is also an author and has published many books. Here are some of the books of Robert Herjavec along with their respective prices:

All the money coming in from his different works, no wonder the net worth of Robert Herjavec is such huge.

Since Robert is earning riches day by day, there has been a huge rise in his net worth over the years.