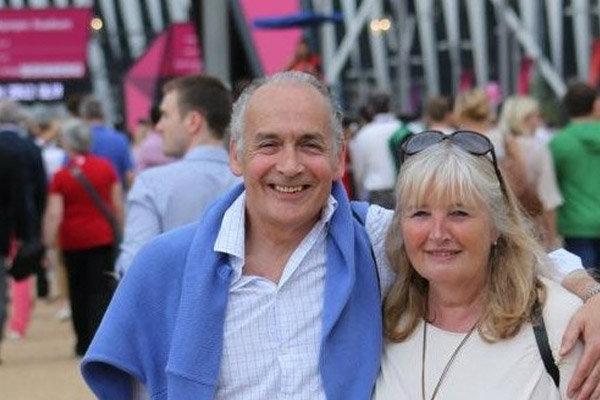 Alastair Stewart is not only famous for his longest tenure as a male newsreader in the British Broadcasting Industry, but he is also equally renowned for his long-lived marital life. He has been married to his wife Sally Ann Jung since 1978, and the love between these two is far more robust than the couples nowadays. To date, neither of them is rumored to have any extra-marital affairs.

As much as we know, Alastair Stewart’s professional career is known to almost every regular viewers of the ITV News. Stewart started his career on television from the ITV network as a reporter in 1976, and today, he is serving in the same network as its prominent newscaster. With his increasing fame, his fans are eager to peek through his personal life as well. Today, we will be talking about Alastair Stewart’s wife, Sally Ann Jung, and their relationship.

The talented and dedicated British journalist Alastair Stewart took the wedding vows with Sally Ann Jung in 1978 and are together since then. According to various sources, Stewart met his then-future wife, Sally Jung, in New Forest, Hampshire, the same place where he courted her. Stewart and Sally fell for each other and dated for a couple of years before their marriage in 1978.

Since Sally Ann Jung got hitched with her long-time boyfriend, Alastair Stewart, there are no rumors of the two having any marital issues in their happily married life. The husband-wife duo is contented with their relationship and love each other infinitely. Unlike other numerous celebrity couples, staying together for over four decades increased their love, care, and understanding for one another. And, it helped to make their bonding more secure.

Alastair Stewart’s wife, Sally Ann Jung, often used to accompany her husband to public events in the past. However, her appearance in the media paparazzi has become less in the present day. In fact, besides appearing on TV for newscasting, Stewart himself does not attend public events much like before. The couple is happily living together in Hampshire and enjoy working at their farm in the English County.

The 42-years long togetherness of Alastair Stewart and his spouse, Sally Ann Jung, has blessed them with uncountable good memories and happiness. And among those all joyful moments, being parents to four gorgeous kids is the proudest moment for them. They have three sons named Oscar Stewart, Freddie Stewart, and Alexander Stewart. Similarly, Stewart and Jung have an older daughter named Clemmie Stewart.

All the four Alastair Stewart’s children are grown-up and have chosen their own career path. Alastair and Sally’s daughter, Clemmie, is a Senior Head of Prep Schools at Surbiton High School. Likewise, their boys run a Horse riding center ‘Stewart Brothers Stables’ in Winchester, Hampshire.

Alastair Stewart credits his wife, Sally Ann Jung, for raising such an adorable and hard-working children. He adores Sally’s contribution to their kids while he was mostly busy with his career as a news announcer.

In an interview with The Sunday Times, Alastair Stewart revealed the fact that his wife, Sally Ann Jung, was a production assistant at Southern Television. However, she might have left her job later after getting married to Stewart to look after their little ones.

Although Alastair Stewart’s wife, Sally, did not give continuity to her job as a TV production assistant, her work experience helped her a lot in her marital life. According to Stewart, Sally is brilliantly organized. So, she is not just the mother of Stewart’s children and his wife, but also Stewart’s ideal traveling partner due to her highly organized nature.

Currently, the happily married couple and parents to four, Alastair Stewart and Sally Ann Jung live in Hampshire surrounded by their kids and their farm animals. We hope the love between Alastair and his wife, Sally keeps increasing, and they live a blissful life together till eternity.

What Does Brandon Hyde’s Wife Lisa Hyde Do?