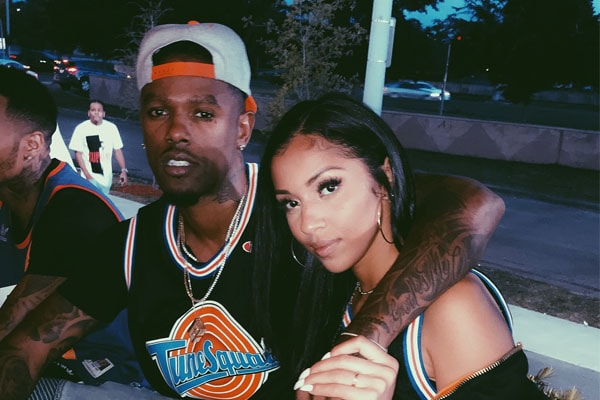 Daniel “Booby” Gibson’s girlfriend, Sinfony Rosales is a famous Instagram model who rose to fame after being involved with the famous, Booby. Rosales has also appeared in Booby’s new music video “BOOby’s up Remix”.

The stunning 24-year-old Sinfony Rosales is the new girlfriend of the former basketball player and rapper Daniel Gibson after breaking up with Keyshia Cole. The recent college graduate, Sinfony and Booby went public with their relationship in early 2018 with snuggling pictures of them on their social media.

The 32-year-old Daniel “Booby” Gibson is head over heels with his new girlfriend, Sinfony. The former American Basketball player has finally found love after his relationships with girlfriends Keyshia Cole and Brooke Valentine. Moreover, Daniel is not hesitant to flaunt his beautiful new boo on the internet with heart-exploding captions. Besides that, Booby can’t hide his affection for his girlfriend and often posts pictures of his soulmate with romantic song lyrics.

The relationship between the lovers is admirable and is sure to leave anyone at awe. The stunning Sinfony is enjoying her life with her boyfriend, Daniel and frequently posts the couple’s pictures as well. The lovebirds enjoy spending time with one another and leave no chance to showcase the love of their lives to the world. Furthermore, the adorable pair considers one another their best friends and are supportive of each other’s decisions.

The former husband and wife, Daniel and Keyshia, walked down the aisle in the year 2011 and share a wonderful son. However, the adorable lovebirds decided to part their ways in the year 2014 involving their young son in a custody battle. Despite taking full responsibility for broken marriage with former wife, Keyshia, Booby was not ready to back off when it came to his son.