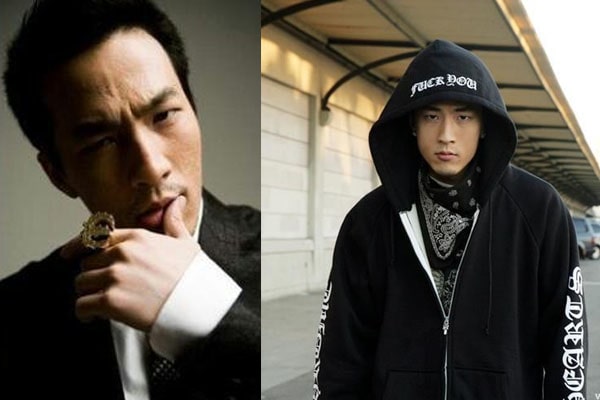 Teddy Park is a Korean-American rapper and record producer from South Korea. He debuted in the 1TYM, a hip hop group with his friend Danny, Jinhwan, and Baekyoung. After his career with 1TYM ended in January 2006, he became an in-house producer for Y.G. Entertainment.

Teddy Park worked on many Big Bang’s releases, and singles such as Jinusean‘s A-Y-O, Seven’s Passion, and Lee Sun-mi, aka Sunmi’s Gashina. Furthermore, he has been acting as the primary producer for the girl group Blackpink. Besides having a thriving career, Park’s relationship rumors have sky-rocketed.

So, here is everything to know about rapper Teddy Park’s girlfriend and a peek into his previous relationship and breakup reasons.

Teddy Park’s Girlfriend Is His Music

Teddy Park, known for his music wizardry, is also famous for relationship rumors. But in the present context, Park’s girlfriend is his work, and he is focusing on music-making.

Park has worked with several notable Korean artists, including the majority of 2NE1’S discography, a considerable number of Big Bang’s releases, and hits such as Jinusean’s A-Y-O, phone number, passion, D.I.S.C.O., and Sunmi’s Gashina. Furthermore, he has been a significant producer for the girl group Blackpink.

Park has amassed many fans and his growth and transition from a rapper to the producer for Y.G. artists. Furthermore, we do know about the privacy Korean artists maintain regarding their relationship. Consequently, we can’t say even if he has a partner. Hence, let’s patiently wait for Teddy Park’s girlfriend’s official announcement.

Before that, let’s look into Park’s previous relationship and his ex-girlfriend, actress, Han Ye-Seul.

Aforementioned, Teddy Park’s relationship will probably remain confidential because of his agency’s policy and maybe because of his personal preferences. However, Park once dated Birth of a Beauty actress, Han Ye-Seul, back in 2014.

The former love birds started dating in May 2013 after meeting via a mutual friend. Soompi reports both Park and Ye-Seul grew up in California and were naturally drawn to one another.

Furthermore, the couple shared their moments on their respective social media. Likewise, Teddy Park’s ex-girlfriend, Han Ye, publicly professed her love for her beau during the S.B.S. Actors Award’s acceptance speech in 2014.

Unfortunately, the former couple’s relationship did not last longer than four years and broke up, crashing many Park-Ye-Seul stans.

Broke Up Because Of Hectic Schedule

Aforementioned, Teddy and Ye-Seul were not scared of showering their love and were true to their feelings in front of their fans. However, the relationship did not last long, followed by rumors of their breakup.

In June 2016, news of their breakup surfaced but was denied by Ye-Seul’s representatives. But, a few months later, Key East Entertainment spoke out claiming the two had broken up. They further blamed their hectic schedules and added that there would be support as friends. Do ex- in the ex-partner spells expire?

Some even speculated that Han Ye-Seul was a jealous girlfriend and demanded Park’s whereabouts. Well, whatever the reason was, both seem to cherish the memories they created.

It is not necessary to love someone and be in a relationship or hide their love if former partners are no longer together. Likewise, Park and his previous partner, Han Ye-Seul, make several headlines in the present days.

In a Q&A video on her personal YouTube channel in June, Han Ye-Seul was asked about the person she remembers the most she dated. To the answer, she said the name of a person while covering mouth and added, ‘That’s him, There’s no denying it.’ There were praises and different speculations after her video. Furthermore, Ye-Seul is often asked about her tattoo, a ‘T’ dedicated to Teddy. While having an honest talk with her fans, she revealed that her fans often ask about having a tattoo of an ex’s initials. Park’s former love interest replied with great poise, explaining he’s still a great friend, and she respects their memories and choices.

Both Teddy Park and Han Ye-Seul are single, and guess, both are ready to move on with other partners. Will they or will it be like the K-dramas? Only time knows. But Teddy Park was never really away from relationship rumors even after their breakup.

Besides music, Y.G.’s hitmaker, Teddy Park, is known for his relationship rumors. He was even linked with Blackpink’s singer and rapper, Jennie. They managed to get close despite the huge age difference, but dating still sounded unconventional.

They came into highlight back in 2017 as they worked together on songs like ‘Boombayah.’ However, Y.G. Entertainment did not entertain the idea of one of the producers dating their singer and hence sent out comments. They turned down the rumors and even threatened to respond to such talks with strong legal actions. Noone messes up with Y.G. and their singers.

Well, there is no sign of Teddy Park’s girlfriend or his relationship at this time. He might be flirting with tunes and maintaining a sound career. Let’s hope to hear more about his relationship status in the upcoming days.