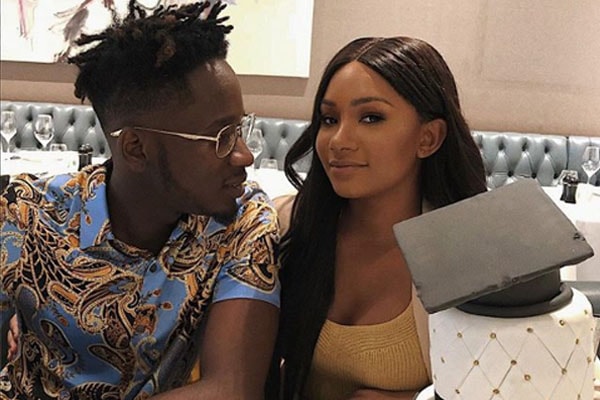 Where and how the lovely pair met is still a mystery but what we know is that they are so in love with one another. The adorable couple tends to spend a lot of time together, and it has been a while now that Mr Eazi and Temi Otedola have been in a relationship. Here are some facts about Mr Eazi’s girlfriend Temi Otedola.

Daughter of a Business Tycoon

Many may not know that Mr Eazi’s girlfriend Temi Otedola’s father Femi Otedola is one of the wealthiest person in Nigeria. Femi Otedola’s Net Worth is $550 million. He is the owner of Forte Oil.

In comparison to his girlfriend’s father’s Net worth, Mr Eazi’s estimated net value of $1.2 million seems nothing. But let’s hope the aspiring Nigerian singer will also reach that level soon.

Alumni of the University College London

Mr Eazi’s girlfriend Temi Otedola is an emerging YouTuber. As of September 2018, she has got more than 14K subscribers on her YouTube channel “JTO Fashion.” She usually posts about traveling and her makeup tutorials. Alongside that with over 268K followers on her Instagram handle, she is already a star in the social media.

Since 2014, the beau of Mr. Eazi has been running a successful fashion blog, JTO Fashion. In the process, she has also managed to meet many fashion legends including Valentino of Italian fashion house Maison Valentino. Along with that, she did her internship at Oscar De La Renta,

The fashion blogger Temi Otedola is also an avid traveler. She moves from London to Paris and Milan on a regular basis.

For the time being Mr. Eazi is having a lovely relationship with his girlfriend Temi Otedola and we hope the adorable pair very best for the future.

Ecelebritymirror for More Feuds and Entertainment