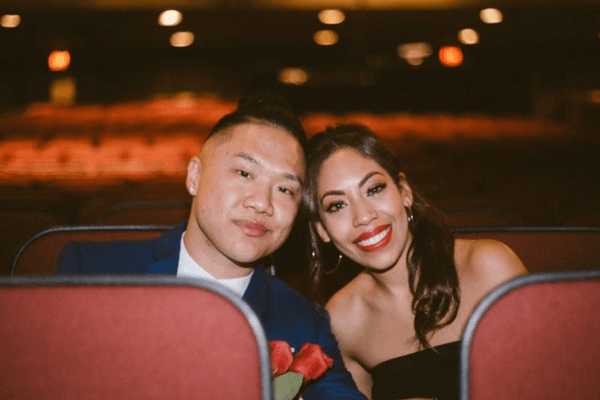 Besides “Wild ‘n Out” Timothy DeLaGhetto is currently occupied in planning his wedding with his girlfriend/fiancée Chia Habte. The lovely pair of Timothy and Chia got engaged on the 21st of July, 2017.

And now nearly after a year of being engaged with one another, the couple of Timothy DeLaGhetto and fiancée Chia Habte are planning for their wedding.

Timothy is a rapper, actor, comedian and an internet personality. Whereas his fiancee Chia is a web star and is popular on social media outlets like Instagram and Twitter.

Timothy and Chia, Planning For Wedding

After a year of their engagement, the couple of Timothy and Chia is acting up now and frantically planning for their wedding. Looking at their planning, the wedding surely is going to be a grand one. The pair has chosen “Anything But Gray Events” as their wedding planner. “Flower Duet Floral Design” will be handling the work of floral designs.

According to some sources, Timothy DeLaGhetto and Chia Habte’s marriage will take place in the midweeks of August. According to the video titled “Planning The Wedding”  posted by Timothy, Chia has already decided who her bridesmaid will be. There will be altogether of 4 bridesmaids which includes Chia’s sister, best friend and her cousins from her dad and mom sides.

We are sure that a lot of stuff must have been going through Timothy’s mind at the moment. But not just that even all the fans are eagerly waiting for Timothy and Chia’s wedding to come soon.

Timothy lied Chia saying that they were going on a premiere of a movie.

Everything was set up without letting Chia know anything. But in her blog, Chia stated that she knew Timothy was proposing.

In the background, Timothy’s song C.H.I.A was playing and there were rose petals on the floors everywhere. Except for the front row, the whole theatre was empty. Chia’s family was present there at that moment. And as Tim proposed Chia, she instantly replied with a yes.