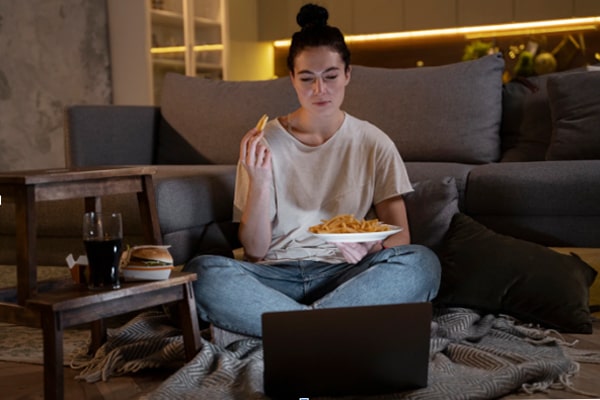 You need to procrastinate properly.

If you feel too tired and overwhelming to study, you can take a break once in a while, watch an inspiring film for refreshment and study. You also have option to delegate your homework to domyessay.me for assistance. We have selected several films that can motivate you to achieve success in your studies.

Even a serious illness is no excuse for laziness. Moreover, mental work is an excellent medicine. This biopic tells the story of the eminent British astrophysicist Stephen Hawking, who retained his passion for his hobby despite the paralysis caused by amyotrophic sclerosis. Moreover, he retained a cheerful mood, which allowed him to treat his position with irony. Fascinated by the secrets of physics and treated with humor, the scientist lived to a ripe old age – although usually, the disease kills in a few years. The main thing is to never give up!

Think it’s too late to learn something new? This film convinces you that the great time to stir up your neural connections is retirement. Scientists confirm that even Alzheimer’s disease spares those who actively work with their heads in adulthood. Yes, and veterans of intellectual labor live much longer and richer. And they benefit the cause and colleagues, like a 70-year-old trainee from this movie: rich life experience helps to find effective solutions. So, challenge yourself- do not think about age; take on difficult tasks! The work of a concierge or a night watchman is definitely not your prospect!

An Indian comedy about two friends who, a few years out of college, decide to find their buddy. They fondly remember the times when they all lived together in a student hostel. While searching for a friend, they manage to upset someone’s wedding and attend a funeral.

This is a film about true friendship and choosing a path in life, which inspires you to study for the sake of knowledge, and not be afraid to ask questions and defend your point of view.

The real story of how a miner’s son became a NASA engineer. Homer Hickam, as a teenager, was so impressed with the launch of the Soviet satellite that he decided to build his own rocket. He had to work hard: he designed one rocket after another until he succeeded. Homer was supported by friends and a schoolteacher, but his father was against it. The film shows how important it is to believe in yourself when pursuing your dreams.

In 1953, women were fighting for their rights in America, and at this time, Catherine Ann Watson, a Berkeley graduate, was an art history teacher at Wellesley Women’s College. College leadership adheres to patriarchal views on the role of women in this world. She fights for gender equality and has a huge impact on the students. The plot shows how interaction changes both students and the main character.

Yorkshire, 1983. Eight high school graduates who receive the highest scores can apply to one of the most prestigious educational institutions – Oxford or Cambridge. However, before entering, they must take training courses where special emphasis is placed on history. Experienced teacher Hector, Mrs. Lintott, and visiting teacher Mr. Irwin helps the students to get the necessary knowledge.

Usually, Japanese TV series look unnatural and cartoony. But Dragonzakura is not the case. This is a story about how a lawyer with an interesting past – handsome on the poster – undertook to prepare students of the “school for fools” for admission to the most prestigious university in Japan. The unpromising and unprofitable educational institution was to be closed, and the lawyer was just sent to settle the problems with the debt. Of course, he strives for personal gain, uses methods that are rude but effective, and in general, behaves in the spirit of Dr. House – he does not stand on ceremony. But it motivates you so much that after watching the series you really want to take up your studies hard!

Professor Handert is fanatically dedicated to his work: he enthusiastically teaches young men classical literature. One day a new student comes to his class, the son of Senator Sedgwick. He does not recognize authorities, does not want to learn, and challenges the teacher. Throughout the film, their relationship changes. The film helps to understand that one failure or triumph does not determine the success of a lifetime. The image of the protagonist is based on a real teacher of classical history in a school in San Francisco. Imperial club is a great film to watch.

And what films motivate you to study?

Get More Updates on Movies & TV Series, Celebrity Babies, Feuds, Their Riches, Siblings, And Entertainment, only in eCelebrityMirror.