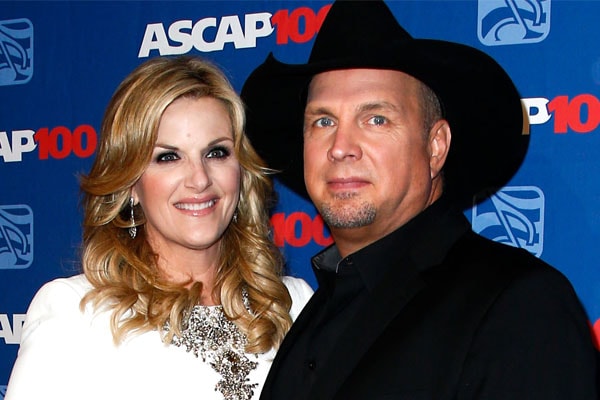 The famous country artist Trisha Yearwood is married to Garth Brooks since December 10, 2005. Garth Brook is Trisha’s third husband. Her first marriage was with Chris Latham in 1987. She split with him in 1991. Then Trisha tied the knot with Robert Reynolds in 1994, but the pair divorced in 1999.

Now, the gorgeous singer Trisha is living a happy married life with husband Garth Brooks. The couple met back in 1987 as friends.

In a conversation with Ellen DeGeneres on The Ellen Show, Garth opened up about his relationship with singer Trisha Yearwood. They were introduced to each other by Kent Blazy in 1987. The couple met when they both were initiating their musical venture. In 1991, they shared the stage on Garth’s nationwide tour.

The popular country singers Trisha and Garth have been on numerous musical tours. The couple must surely feel blissful to share the stage together and make their fans lost in their soulful voice. We wonder if they ever thought that they would be together in the future as each other’s soulmate.

Not only they share the stage, but the couple also works together for a social cause. Isn’t it wonderful when two people share the same life goals and motives? It is the reason why Trisha and Garth are together as life partners after all those years knowing and supporting each other as friends.

Although Trisha Yearwood had two broken marital relationships, she has found her other half, Garth Brooks. In fact, they had found each other long ago, but the only thing is that they did not realize they were meant to share their life journey together. However, it’s never too late to find ones true love.

Trisha Yearwood Is A Step-Mother Of Garth Brooks’ Three Daughters

The country artists Trisha Yearwood and Garth Brooks don’t have children together. However, Trisha is a step-mom of Garth Brooks’ three daughters: Taylor Mayne Pearl Brooks, August Anna Brooks, and Allie Colleen Brooks whom he had with ex-wife Sandy Mahl. Garth had been a great father to his kids. He stepped away from his music career for a while to stay and raise his kids to keep up with them. We bet that Trisha is supportive of her step-daughters and she loves them unconditionally as Garth had said in his interview with Ellen. That’s why he worships Trisha and is glad to have her in his life.