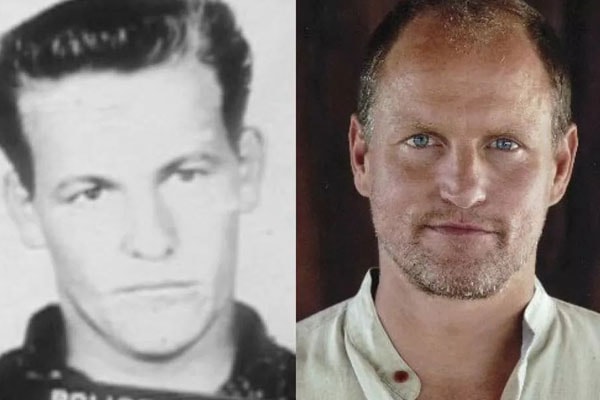 The actor Woody Harrelson‘s father, Charles Harrelson whose full name is Charles Vyode Harrelson was an American criminal who was convicted of assassinating Federal Judge John H. Wood in 1979. He died on March 15, 2007, of a heart attack in his cell at the United States prison.

According to the police Charles Harrelson was once an encyclopedia salesman who turned into a contract killer. He was sentenced to jail when his son Woody Harrelson was only seven years old.

Charles Harrelson was convicted for the murder of Alan Harry Berg for 28 May 1968. But On September 22, 1970, he was acquitted by the Jury of Angleton, Texas. The actor’s father was also charged with the murder-for-hire killing of Sam Degelia. In both cases, he was found guilty.

Being an accomplice of the murder, Charles was sentenced to 15 years in prison.

Shortly after Charles Harrelson was paroled, he was given prior conviction for assassinating Federal Judge John H.Wood. The Judge was murdered outside his home as he bent down to check his flat tire on his car. According to Jimmy Chagra’s testimony, it was revealed that Jimmy apparently conspired him with $250,000 to carry out the murder.

However, Jimmy Chagra who hired for killing the Judge confessed that the actual killer was not Charles Harrelson but some other individual. That is when Charle’s son Woody Harrelson tried to get his father a new trial. But it was never allowed. He died from a heart attack and thus burying the truth to his grave.

The murderer Charles Harrelson stated before television that he wasn’t in the right state of mind during the confession. Whether he is telling the truth or lie, we cannot predict the reality.

The crimes that he had convicted is shocking but there was a rumor that Charles Harrelson was associated with one of the most tragic event: the assassination of the president John F. Kennedy.

The Journalist still claims that Harrelson was the youngest and the tallest of the three in the picture.