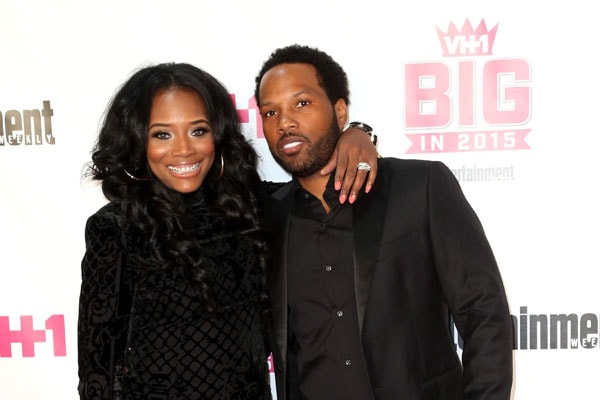 American reality TV star Yandy Smith has had a turbulent time of late. Yandy, best known for her appearance in VH1’s hit reality series “Love & Hip Hop: New York”, is married to Mendeecees Harris, and her husband is currently spending time behind bars thanks to charges related to drug trafficking. LAHH star Yandy Smith has a Net Worth of $15 million.

Mendeecees is also a reality TV star and used to appear alongside Yandy in the show “Love & Hip Hop: New York”. He was charged with having transported heroin and cocaine from Rochester to upstate New York. Harris was facing as many as 40 years behind bars and a stunning $5 million fine.

But eventually, Harris pleaded guilty to all the charges and requested for a prison sentence of around 8 to 10 years. Federal prosecutors asked the judge not to give Harris a hefty prison sentence since he had pleaded guilty. The judge obliged and handed the reality TV star a 97-month prison sentence in December 2015. He was initially released on bail after he turned over his earnings from TV shows and public appearances to the government, which amounted to a whopping $170,000.

This news was a big blow for the Mendeecees’s four children as well as Yandy. After years of dating, the two had finally tied the knot earlier that year. Many people even said that they didn’t feel sorry for her because she knew what she was getting herself into as the case was ongoing while the two got married in 2015.

Yandy took to Instagram to share her thoughts on the matter. She said she was learning to deal with the situation and keeping herself strong. She also thanked all the people who had supported her during this difficult time and said that eventually, love conquers all.

Thank you for your continued support. You have no idea how much your love and encouragement means. We finally have closure and are prepared and ready for all the future holds. God and love always prevails. Thank you God for family and love. ?✊? (I consider some of you I never met family?) #resolved #prayedup #blessed Repost @yandeecees with @repostapp. ・・・ ???????? @yandysmith @mendeecees

After this went from bad to worse for Harris as his attempts to reduce the jail time have been thwarted by the judge. He and his lawyers pleaded to have the sentence reduced to five years, citing that Harris’s involvement in the trafficking of cocaine and heroin was minimal, but the judge refused their plea. It seems Harris will have to serve the full sentence of his punishment.