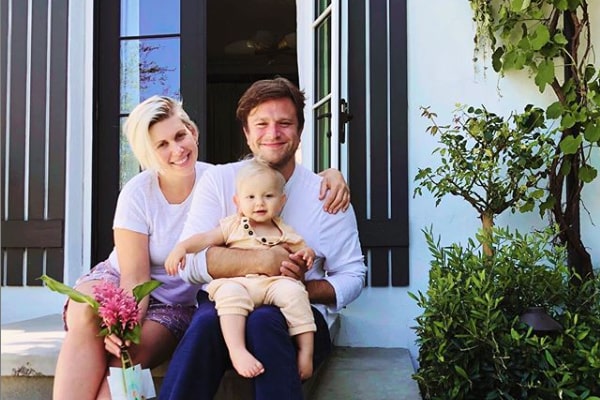 We all know that like-minded people form a bond pretty soon. Some of those bonds may lead you towards a bright future and a happy family. Likewise is the story of the late actor, Robin Williams’ oldest son, Zak Williams, and his fiancee, Olivia June. Both entrepreneurs started their company and are a huge deal today.

Zak Williams and Olivia June make one of the most potent couples today in accordance to their successful career and relationship. But is the couple married? Let’s get to know about Zak Williams’ fiancee, Olivia, and their plans for the wedding.

The CEO Of Hey! VINA

Zak Williams’ fiancee, Olivia June, is a wondrous woman. She is the CEO of a tech company called Hey! VINA which is Tinder for (girl) friends that connect people and empowers women.

According to the official website of the company, the founder and CEO, Olivia claims that the app has helped women around the globe to find their best friends and connect with people. Furthermore, it also says that the company is on a mission to connect and celebrate women around the world.

Despite Zak’s soon-to-be-wife June’s identity as a successful entrepreneur, she did not gain popularity overnight. She collected experiences from various workplaces to start her venture.

According to Olivia June’s LinkedIn, she formerly worked at RocketSpace Inc. as the director of community development and RocketSpace studio. Similarly, she also grasped her experience from General Assemb.ly as marketing and audience development manager for a year.

Robin Williams’ son, Zak Williams, has a low-key personality. The mental health advocate has maintained privacy regarding his relationship status with his partner, Olivia.

However, Olivia June’s fiance was previously married to Alexandra Mallick. The former couple separated in 2018. Thus, the engagement might have happened around the time.

Furthermore, Zak Williams’ Instagram is private, and Olivia June rarely posts about her partner. They are pretty smart about using the social media platform for their business growth and advocate social issues.

The couple share a minimal personal posts but they sure are enjoying a healthy relationship.

The Couple Welcomed Their First Baby

Zak Williams’ fiancee, Olivia June, gave birth to their first baby, McLaurin Clement Williams, on May 22, 2019. The couple paid tribute to their late father, Robin Williams, with their son’s name.

Zak’s half-sister, Zelda Williams, joined the auspicious moment taking pictures of the angel investor and June with their newborn.

As long as it goes, the pair is having a great life together. Let’s hope the news of the lovebirds getting married will also be announced soon.