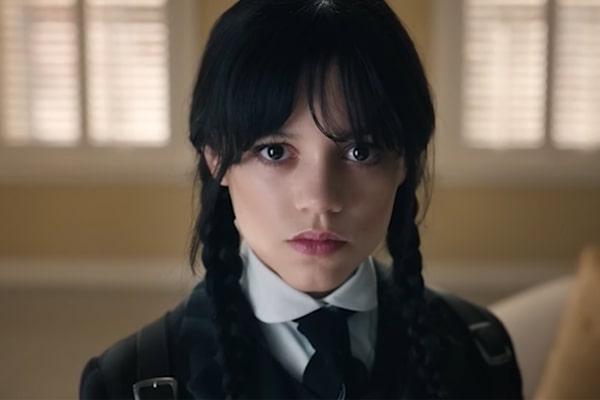 What is Wednesday coming to Netflix? Netflix recently released a new show, ‘Wednesday,’ that promises to be entertaining. With its captivating storyline, interesting characters, and suspenseful scenes, the show will surely be a hit with audiences everywhere. But what makes this show so unique?

In this blog post, we’re going to discuss some of the most exciting facts about Wednesday. One of the interesting facts about Netflix’s new show is that it has already broken some records and is so interesting that people won’t want to be disturbed by phone calls.

However, sometimes you must take essential calls that can be noticed, but what if you miss some key conversation points? To avoid such a situation, it is best to use a call recording app to record calls. We’ll discuss it more later in this guide!

So, if you’re a Netflix lover and have already watched the new show or planning to watch it this weekend, you’ll love this guide. Stay tuned!

What is the New Show Wednesday About?

Wednesday is a Netflix original show that follows the adventures of Wednesday Addams (Jenna Ortega), the daughter of Gomez and Morticia Addams, as she attends Nevermore Academy, a boarding school for supernatural creatures. Tim Burton executively produces the show, and it brings a modern spin to the classic Addams Family franchise.

The drama is about the girl who must learn to control her psychic visions as she navigates the dangerous world of Nevermore Academy while also facing the mysterious monster stalking her classmates. Wednesday must use her wits and courage to protect her new friends while uncovering her past secrets.

With every episode, she becomes more powerful and discovers her true identity. Wednesday is an entertaining and thrilling show that dives into the supernatural and horror genres with a unique spin. It is sure to bring a captivating story to viewers of all ages.

Most Watched Show in a Week:

Tim Burton’s involvement with The Addams Family project has been a rollercoaster for thirty years. Initially, he declined to direct the 1991 movie due to his commitments with Batman Returns.

Jenna Ortega had an unusual audition experience when she auditioned for the role of Wednesday Addams. Right after shooting her death scene for the horror movie “X” in Wellington, New Zealand, Ortega hopped on a Zoom call with executive producer and director Tim Burton.

Despite being covered in fake blood, Ortega is not deterred and gives her all during the audition. She was professional and lively and impressed Burton with her enthusiasm and energy.

This new show is so interesting and engaging that we’re sure you don’t want to miss any part or get disturbed by a phone call. That’s why using the best cell phone call recorder for your iPhone is essential. But which is the best app for recording calls? We understand that since so many software are available, it’ll be hard to choose one.

We did research and found Call Recorder for iPhone as one of the best call-recording apps right now. Call Recorder offers so many features for iPhone, and the best part is that it’s free to download. So, do check it out!

The filming of “Thing” was unique. An experienced illusionist was hired to play the role and was dressed in a blue suit that could later be edited out. He spent a lot of time and effort hiding in walls, under tables, and under floors to get the perfect angles for the character. It was a challenging task, but the results were worth the effort.

Despite having no prior experience, Jenna was determined to learn the cello. So she worked hard, starting her lessons two months before filming Wednesday. She practiced diligently, and her hard work paid off when she was able to stun viewers with her cello scenes.

Gwendoline Christie’s headmistress, Weems, wore clothing inspired by Tippi Hedren’s look in Alfred Hitchcock’s classic film The Birds (1963). The clothing was chosen to evoke a sense of power and authority that reflects Weems’ position as a headmistress.

Ortega Choreographed That Viral Dance Herself:

With Wednesday (Ortega) and her date Tyler (Doohan) leading the way, Episode Four’s “Woe What a Night” included a memorable dance number set to The Cramps’ 1981 single “Goo Goo Muck.” Choreographed by Ortega, the students of Nevermore Academy rocked the annual Rave’N dance.

In conclusion, Wednesday is a show that offers an exciting mix of horror, comedy, suspense, and drama. The unique characters, intriguing plot, and complex themes make this series a must-watch. Whether you’re a fan of the original Addams Family movies or just looking for something new to watch on Netflix, the show is worth checking out.